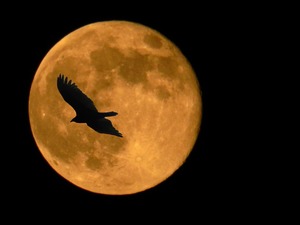 October 16th full moon was at it’s closest point to our planet as it orbits Earth. This made the October full moon a supermoon.

What is a supermoon? According to EarthSky, "A supermoon is a new or full moon closely coinciding with perigee – the moon’s closest point to Earth in its monthly orbit. An astrologer, Richard Nolle, coined the term supermoon over 30 years ago, but now many in astronomy use it as well."

According to NASA, this coincidence happens three times in 2016. On December 14, similar to October 16, the moon becomes full on the same day as perigee. "On November 14, it becomes full within about two hours of perigee—arguably making it an extra-super moon."

The full moon of November 14 will be the closest full moon in this century and  won’t come this close again until November 25, 2034.

For more on beautiful views in the night’s sky, stay tuned to science.nasa.gov.