The Tetris Block Party at RESOBOX 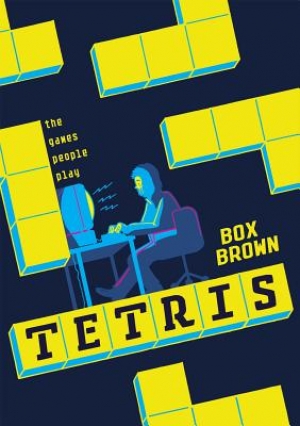 Widely recognized as one of the most popular video games ever made, Tetris has been played by a countless number of individuals. Yet far less are fully aware of its complex and fascinating backstory, the events that took place plus the people behind them, which would ultimately provide for everyone “the perfect video game.”

Tetris: The Games People Play, published by First Second Books, which previously released Box Brown’s critically acclaimed André the Giant: Life and Legend, will make its official debut at the New York Comic Con (October 6-9). Though RESOBOX is proud to present for those who cannot attend NYCC an opportunity to pick up a copy, courtesy of The Astoria Bookshop.

Box will also be our special guest, to discuss his new book, answer questions, and even sign copies. RESOBOX will have a wide variety of both alcoholic and non-alcoholic beverages for purchase. Though what’s a party for a book on video games without video games themselves?

We will have Tetris of course, several different varieties, courtesy of Attract Mode. One will find the games people played back in the day, circa the golden age of the 8/16-bit home console era, presented in a manner that should hit close to home for those raised in Japan. And for if your childhood did not include the Famicom or Super Famicom, we’ll nevertheless take you back in time also.

We are very excited to be the bookseller for this wonderful event and hope to see you there!

Click here for more info and to take part.