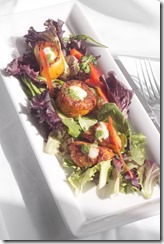 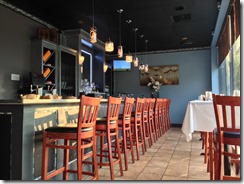 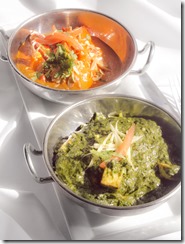 Norwalk, CT -- Celebrated Chef Kausik Roy has studied the ways Americans respond to the complex tastes and spices of classic Indian cooking. His latest creation, which opened on August 1, is in the form of Aladin Indian Bistro, which answers the call for a lighter and more healthful approach to this vibrant and flavorful cuisine while continuing to deliver the dramatic impact from the many wonderful spices and ingredients found in authentic Indian dishes.

Chef Kausik Roy, upon receiving his Bachelor's Degree in hotel management and catering technology in India, at just 22 years of age became the Executive Chef for the Taj Hotel Group in Calcutta where he introduced imaginative dishes based on traditional Indian fare. In 1996 Roy came to the United States and immediately distinguished himself as an up and coming chef when he opened Coromandel in Darien, CT, receiving high praise from the critics. In 2003 he opened Brick Lane Curry House in New York City, a successful Indian restaurant and catering company which continues to thrive. In 2010 Kausik introduced Tawa Regional Indian Cuisine to downtown Stamford. Tawa's bread bar concept and home cooked approach to the foods he grew up with at home, and while cooking for the Taj Hotel Group, was the foundation for this downtown eatery and bar.

Aladin Indian Bistro, a modest façade located on Westport Avenue in East Norwalk has a striking interior décor, comfortable and bright. The main dining room seats 54 and is framed by terra-cotta flooring, a stone water wall, subdue lighting and captivating artwork by artist Roshni from Zaina Corp in Stamford. A large bar which seats 20 and a small dining area for 16 overlook a bustling thoroughfare which connects Norwalk and Westport and houses numerous retail, dining and entertainment venues..

The restaurant's new approach to dining also features an extensive wine selection including 15 wines under $25, live music on Thursday evenings and Sunday Brunch. Aladin Indian Bistro is open for lunch and dinner 7 days a week, including lunchboxes for take-out, corporate deliveries and catering.