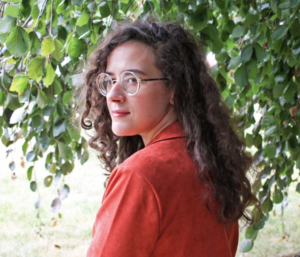 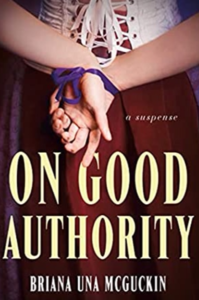 A good Gothic story of suspense always makes the perfect complement to questionable fall skies,  an urge to escape, and the requisite cup of afternoon tea.

On Wednesday, October 12th, 7:00pm to 9:00pm, Bethel’s Byrd’s Books launches just such a remedy: Briana Una McGuckin's book, On Good Authority: A Novel of Suspense. In McGuckin’s new novel, the line between servitude and bondage is drawn, and the dynamics of dominance and submission spark a sensually charged must-read for enthusiasts of the Gothis genre. Registration is required due to space and can be made by visiting ByrdsBooks.com

As the story begins, lady's maid Marian Osley and footman Valentine Hobbs assume their positions at the cliff-top estate of Valor Rise with an already shared a history. Raised together as paupers in a London workhouse, they escaped through games of imaginary crimes and sublime punishment. Now they've been unexpectedly reunited--in subservience to the brooding Wythe Bornholdt and his frail wife, Diana, a master and mistress with their own dark secrets. In private, Marian and Valentine return to their playful and addictive games--now tinged with BDSM. But when lecherous Wythe sees something he desires in Marian, he turns the pair's diversions violently against them.

Briana Una McGuckin lives in a charmingly strange old house in Connecticut. She has an  MFA in Creative Writing from Western Connecticut State University and an MLS from Long  Island University. Among other places, her work appears in the Bram Stoker Award-  nominated horror anthology Not All Monsters, the modern Gothic horror anthology In Somnio,  and The Lost Librarian's Grave anthology. Briana has spastic diplegic cerebral palsy, a perhaps concerningly large collection of perfume oils, and a fascination with all things Victorian. For more information visit www.brianaunamcguckin.com.

Byrd’s Books is located at 178 Greenwood Avenue, across from the Bethel Public Library. Author discussions and Book Group gatherings are regularly added to Byrd’s Books’ calendar of events at ByrdsBooks.com Hours are Tuesdays through Saturdays 10:00am to 6:00pm and Sundays 12:00 noon to 4:00pm. For directions to the store or more information, call Byrd’s Books at 203-730-2973. To review the shop’s expanded catalog of new titles, go to ByrdsBooks.com