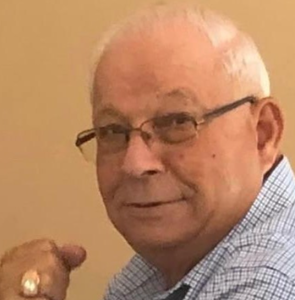 Antonio Vincenzo DeLuca, 83 of Bethel, Connecticut and Ormond Beach, Florida, passed away on Sunday, January 24, 2021. He was the loving husband of Mirella (Desiato) DeLuca.

Mr. DeLuca was born on March 22, 1937 in Pietranico, Italy, a son of the late Alberto and Giselda (Zappacosta) DeLuca. He immigrated to the United States in 1954 and first found employment at the Gilbert & Bennett Wire Mill and Nazarro Brothers.

Mr. DeLuca was a true entrepreneur and was involved in many area developments and construction projects. He founded Tony’s Restaurant and was partners with siblings Bruno, Giuliano and Anna in Mama Rosa’s Restaurant, DeLuca Brothers Lumber and DeLuca Hardware. At the time of his death, “Tony” was most recently involved with his children Anthony, Paul and Marina in DeLuca Construction.  In his spare time he enjoyed gardening, collecting cars, singing & dancing, and a nice glass of homemade wine or limoncello with family and friends. Tony was passionate about spending time with his grandchildren as well as his long walks on the beaches of Daytona, FL with his wife, Mirella.

Due to COVID 19 restrictions affecting all of us at this time, a private mass of Christian Burial will be celebrated by invitation only, on Saturday, January 30, 2021 at 11:30 AM at St. Mary’s Church, Bethel. There will be no calling hours. Entombment and a celebration of life will take place at a later date when all can gather safely.

Kane Funeral Home, Ridgefield is in care of funeral arrangements