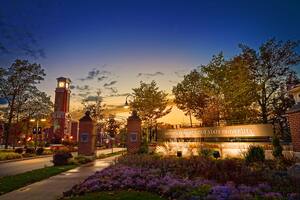 Among the inductees was Richard Freebairn of Bethel, a junior majoring in Political Science.

To be inducted, students must have at least a junior standing with an overall 3.4 GPA, as well as a 3.2 GPA in the political science major.

Founded in 1920, Pi Sigma Alpha has been active for more than 100 years to support members with a shared interest in politics and government. Both students and faculty are involved in the society, which recognizes academic excellence, offers scholarships for graduate students and provides opportunities for student leadership.