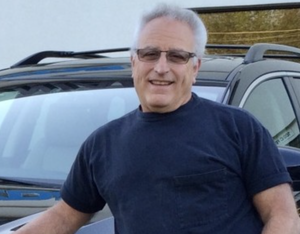 Joseph was born in Norwalk, CT on February 24, 1945, the son of the late Carl and Madeline (Schiano) Conte. Joe grew up in South Norwalk surrounded by loving family and friends and enjoyed reminiscing at family reunions, sharing treasured memories about the fun times and mischievous antics he and his cousins enjoyed. Being raised in a traditional Italian neighborhood was a treasured memory for Joe which contributed greatly to the hard-working, ethical man that he was. Joe was enthusiastic about life and put 100 percent into everything he endeavored. He put himself through Central Catholic High School in Norwalk, CT and was captain of the football team. He graduated from Central Catholic High in 1963 and joined the Air Force, serving two tours of duty in the Vietnam War as a flight engineer on C-130s. Joe was passionate about serving his country, enjoyed discussing his military life and travels, but most importantly, was a proud veteran. He was honorably discharged in 1967.

Joe and his beloved wife, Linda were residents of Bethel for the past 35 years. He was an entrepreneur and a jack of all trades. He worked at Sikorsky Aircraft after his service in the Air Force, was owner for years of Ridgefield Sanitation, opened Ridgefield Fitness Center in the mid 1980’s and worked at Boehringer Ingelheim Pharmaceuticals in Ridgefield, CT for 16 years as chauffeur to the US CEO and other executives.

In 1995, Joe left Boehringer and opened his own car transportation service and for the past 26 years enjoyed driving his customers, many of whom became close personal friends. Joe and Linda enjoyed their home, traveling and their newest addition to their family, Abby, their miniature schnauzer. They also enjoyed doing many household projects together including gardening. Joe took after his dad who was a stonemason and it seemed he was always finding room for another wall to build on his property.

Joseph is survived by his wife of 33 years, Linda (Knapp) Conte; his children: Theresa Ann Sadowski and her husband, Ron; and his son Joseph Carl Conte Jr. and his wife, Nicole. He is also survived by his beloved grandchildren who he thoroughly enjoyed and was so proud of: Ariana, Emily and Jessica Conte and Bryan Sadowski. Joe is also survived by his siblings: Gennaro Conte and wife Darleen, Alberta Weigl and husband Walter, and Carol Saikowski, along with several loving cousins, nieces, nephews and pre-deceased aunts and uncles.

If ever there was a message from Joe to his friends and family he would want you all to embrace life, enjoy the little things, keep an eye on the weather reports, debate the news and be grateful for every day. He was truly an exceptional man and will be missed dearly.

Family and friends will be received on Wednesday, June 2, 2021 from 4:00 PM to 7:00 PM at Kane Funeral Home; 25 Catoonah Street, Ridgefield. A Mass of Christian Burial will be celebrated on Thursday, June 3, 2021 at 10 AM at the Church of St. Mary; 26 Dodgingtown Road, Bethel. A private burial will follow. Facial coverings are required at the visitation and funeral mass. Memorial contributions may be made to the Bethel Volunteer Fire Department – 38 South Street, Bethel, CT 06801 and/or the Bethel Police Department – 12 Judd Avenue, Bethel, CT 06801.