Guys and Dolls at ACT of CT, Meet the Local Stars: Mike Boland 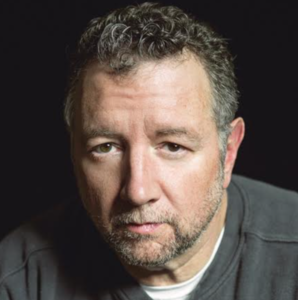 A: I was born and raised in Fairfield, Connecticut. I went to school here. I played Little League here and went to college at UConn. I’ve performed at nearly every regional theatre in Connecticut. And though I moved to New York City in the mid 2000s, I was homesick for my hometown and I moved back a few years later. This is where I want to be.

Q: You have such an impressive resume (including performing on the Broadway national tour of Twelve Angry Men).  How does performing at a regional theater (like ACT of CT) compare to working at larger venues?

A: I’ve never really considered the size of a venue when I thought about whether I wanted to work there. The best thing about small theatres is that you are closer to the audience. I’ve worked on Broadway and done two Broadway tours. And I loved that. But those theatres are usually so big that you don’t get the kind of connection to the audience that you do at the more intimate houses. ACT of CT is a beautiful space. You can feel the heartbeat of the crowd. And they can feel ours onstage. And that’s what live theatre is all about. That connection. I’m thrilled to be here.

A: Regional theatres like ACT of CT are important because the world needs art, music and dancing. Live theatre is a group experience. Total strangers sit side by side in a dark room and ask us to tell them a story: to elevate their heart rates, to thrill them, to make them fall in love. You shouldn’t have to travel to a big city to participate in theatre. We all need it. Regional theatres exist all over the country. And it makes the magic accessible to everyone. No matter where you live.