Senator Will Haskell will not seek re-election in 2022 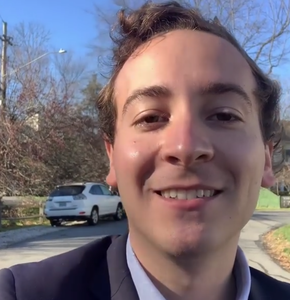 In a video posted on social media, Senator Will Haskell, elected in 2018 to represent the 26th State Senate District, announced that he will not be seeking re-election in 2022. Instead, he will go to law school and spend more time with the person he loves.

Walking down the street where he began his political journey and first knocked on doors four years ago, just the day after he graduated from college, Haskell said, “I wanted you to hear this directly from me.”

“I’m back today where my journey story, the very first street where I knocked on doors after launching my campaign 4 years ago. I graduated from college the day before and I had this crazy idea that my community might be willing to send a 22-year-old to be their voice in the Senate,” he said.

Haskell is the youngest member of the General Assembly. He attended Westport Public Schools and graduated Phi Beta Kappa from Georgetown University.

Haskell went on to say, “You all took a chance on me and words can’t capture how grateful I am to serve two terms as State Senator.”

He concluded by saying, “I think the 26th District is ready for a new voice.  Connecticut’s future's so bright. This isn’t goodbye, it’s see you later.”

Listen to Haskell in his own words here.