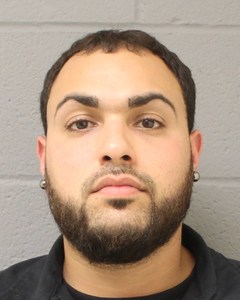 Sime was then taken into custody by detectives without further incident.

Sime was charged with indecent exposure and possession of marijuana. Sime was released after being processed with a court date of August 13th in Danbury Court.

Police expect additional charges to be filed against Sime in the very near future related to the previous incident.

“When Sime was told he was going to be arrested he said he could do what he wants in his own car, but was quickly informed not when your car is in the public view. Sime promised the arresting officers he would not do it again now that he knows"