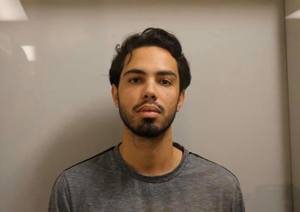 The Bethel Police Department Detective Bureau arrested Ricardo Ferraz DOliveria Guedes of Danbury on an active arrest warrant for Assault 1st Degree in relation to the stabbing that occurred on Midway Drive in the early morning hours on November 30, 2019.

During the course of the investigation, the victim identified Guedes as the person who assaulted him. The victim alleged that the assault was in retaliation over comments the victim allegedly made regarding Guedes' girlfriend.

Guedes is being held on $100,000 and was arraigned in Danbury Superior Court this morning.