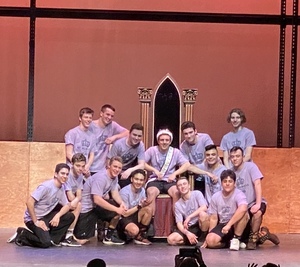 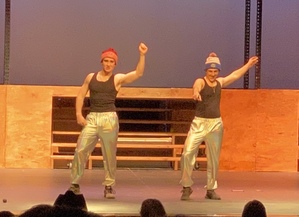 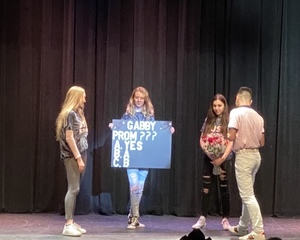 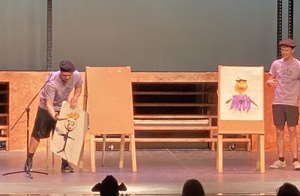 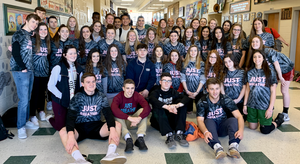 The show winner was Dan Buonadonna, bringing in over $25,000 and whose dance moves did not disappoint. In second place RJ Frankenberry raised over $20,000 while his talent included painting while doing the chubby bunny competition, and coming in third place, Nico Surace raised over $10,000 whose promposal to Justin Bieber's "Girlfriend" was a success!

Other special talents of the night included a country music concert, amazing drum playing accompanied by an impressive cowbell performer, and stand up comedy. The group dance, choreographed by the BHS Dance Team Captains, kept the audience laughing for 9 straight minutes and the interview portion kept the contestants on their toes while being put on the spot. In the end, all of the contestants came together again to sing "Piano Man" with the crowd.

The Salty Hands Club advisor, Ms. Marla Egan, is so proud of all the boys whose dedication in perfecting their 'professional' dance skills and months of raising money provided a night of nonstop laughter in hopes of finding a cure for Cystic fibrosis. Many club and crew members put in hours of dedication behind the scenes, before, during, and after the show that allowed the night to run so smoothly.
THANK YOU to everyone in the community whose generosity and commitment in helping cure CF has left us, once again, in awe.
Until next year!