Details
Published on Tuesday, 13 August 2019 11:58
Written by Musicals at Richter 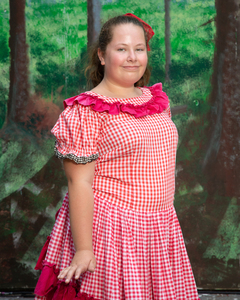 Musicals at Richter (MAR), now in its 35th season as the longest-running outdoor theater in Connecticut, concludes its 2019 offerings with Disney and Cameron Mackintosh’s “Mary Poppins Jr.,” performed by students from its Summer Youth Musical Theater Workshop. Staged on the grounds of the Richter House Arts Center in Danbury, performances take place outdoors under the stars at 8:00 p.m. Thursday, Friday and Saturday evening, August 15-17.

Adapted from the award-winning Broadway musical and beloved Disney film, “Mary Poppins Jr.” introduces us to the Banks family in 1910 London as their world is turned upside down by new nanny Mary Poppins. Using a combination of magic and common sense, Mary Poppins must teach the Banks family members how to value each other again. She takes the children on many magical and memorable adventures, but Jane and Michael aren't the only ones upon whom she has a profound effect. Even grown-ups can learn a lesson or two from the nanny who advises that "anything can happen if you let it."

With music and lyrics by Richard M. Sherman and Robert B. Sherman and additional songs by George Stiles and Andrew Drewe, the score includes as "Chim Chim Cher-ee,” “Practically Perfect,” “Jolly Holiday," "A Spoonful of Sugar," "Feed the Birds," "Step in Time," "Supercalifragilisticexpialidocious," "Let's Go Fly a Kite," and many more engaging songs.

“Mary Poppins Jr.” is performed at the Richter House Arts Center (next to the Richter Park Golf Course, I-84, Exit 2), 100 Aunt Hack Road, in Danbury. Tickets for this summer youth performance cost $15 for adults, $10 for seniors/students (with I.D.) and $5 for children 10 and under, and may be purchased through the Musicals at Richter website (www.musicalsatrichter.org) or at the door. Grounds open at 7 p.m. for picnicking, with curtain at 8:00 p.m. Audience members are invited to bring their own blankets or chairs for lawn seating; a limited number of chairs are available free-of-charge. A soft drink/snack concession is on-site.

Now in its 35th season at Richter Park, Musicals at Richter is Connecticut’s longest-running outdoor theater. Performances take place at the Richter House Arts Center (next to the Richter Park Golf Course), 100 Aunt Hack Road, in Danbury. Nestled in the hills of Western Connecticut, the Arts Center stage has served as the scenic backdrop for over 100 musicals and workshop performances produced by Musicals at Richter, as well as a professional springboard for hundreds of up-and-coming performers. Musicals at Richter is a 501 (c) (3) nonprofit organization. For further information, visit the website at www.musicalsatrichter.org, leave a message at 203-748-6873 or e-mail  This email address is being protected from spambots. You need JavaScript enabled to view it. .