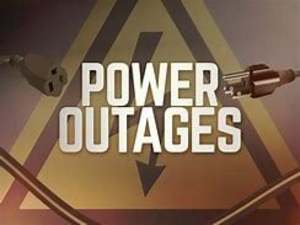 The County Executive posted the following on her Facebook page earlier this afternoon.

"County Executive MaryEllen Odell blasted NYSEG for its poor performance and lack of communication during a windstorm that left thousands of residents without power and without a clue as to when it would be restored.

Even Putnam’s Bureau of Emergency Services couldn’t reach NYSEG during the height of the windstorm, which began Thursday evening.
“NYSEG’s response is completely unacceptable,” Odell said. “The company left residents in potential danger and left our emergency response teams without support. This is a public utility and communication with the emergency service agencies that protect the public is paramount. Not to mention that the company is obligated to let residents – their ratepayers -- know where the power is out and when it will be restored.”
NYSEG reported to the state Office of Emergency Management that only five customers were out in Putnam County, when there were actually 2,709 customers without power as of 11 a.m. Friday.
Odell said she expects NYSEG to provide a complete accounting of its slow response and breakdown in communications before the winter storm season begins.
“Every storm we get, it’s the same thing,” State Assemblyman Kevin Byrne said. “The utility’s lack of response is, unfortunately, not unusual.”
State Sen. Pete Harckham called NYSEG “the poster child for bad performing public utilities.”

“I would have hoped that experiences from several prior storms, all much more severe than what occurred last night, would have resulted in better preparations for downed lines, better communications with affected municipalities and better responses for customers,” Harckham said. “Again, NYSEG has failed to achieve a proper standard of emergency management, which threatens our public safety while inflicting personal and economic misery on thousands of residents.”

NYSEG’s response was outrageous, Bureau of Emergency Services Commissioner Ken Clair said.
“At one point, the 911 supervisor called me because 911 couldn’t even get through to NYSEG,” Clair said. “We normally have a special number we call for power outages, and they weren’t answering it. I reached out to our NYSEG spokesperson and asked what I should do and he gave me the 800 number that the public calls to report a power outage. It’s an automated phone line! Can you imagine? They want the 911 center to call an automated phone line. That does not work.”
The storm, which brought winds up to 40 mph from Thursday night through Friday, had been forecast well in advance. NYSEG notified Putnam County on Thursday afternoon that 21 mutual aid companies would be available to help, but that aid was nowhere to be found.
Several emergency responders throughout the county had to guard over downed wires for hours during the storm before NYSEG responded. In Kent, it took two hours for NYSEG to respond to the fire department’s calls. In Putnam Valley, fire department volunteers had to stand guard over live wires on Peekskill Hollow Road all night before NYSEG sent a crew to shut off power.
“Our volunteer first responders were managing live wires for seven hours, from 9:20 p.m., when the first call came in, until 4:30 a.m., when NYSEG finally cut the power so that the road could be passable,” said Larry Cobb, Chief of the Putnam Valley Volunteer Fire Department. “That is unacceptable.”
In Lake Carmel and Patterson, the fire houses were still out of power as of 11 a.m. Friday morning, as were the Patterson Library, much of the Carmel schools and an untold number of residents."