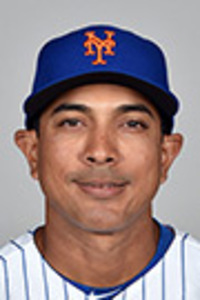 Sources have told WFAN Radio in New York that Luis Rojas, the former manager of the Double AA Binghamton Rumble Ponies in the NY Mets Farm System in 2017 & 2018 has been named the new manager of the NY Mets. He is currently the Quality Control Coach for the team ahving been appointed to that newly created position in 2018.

Rojas replaces Carlos Beltran who was relieved of his duties last week by the Mets after his role in the Houston Astros 2017 sign stealing scandal was revealed by MLB.  He was hired by the club in November 2019 to lead the team this season.

Beltran, along with Joey Cora, the Boston Red Sox Manager who was player on that Astors team with Beltran was fired by the Red Sox last week after MLB said they were key architects of the scandal which accused the Astros of stealing opponents signs throughout the 2017 season even after MLB Commissioner Rob Manfredi issued an order in September of that year that any electronic sign “stealing” would be met with harsh punishment.  The Astros players were accused of using cameras to steal the pitch signs then players in the dugout would bang on garbage cans to alert the hitter as to what pitch was coming. Astors Manager A.J. Hinch and General Manager Jeff Luhnow were suspended for 1 year by MLB and subsequently fired by Astros Owner Jim Crane.

Rojas was to be on Beltran’s bench as coach this season. He became the manager for the St. Lucie Mets in 2015, and managed the Binghamton Rumble Ponies in 2017 and 2018. The Mets named him to their major league coaching staff as the quality control coach for the 2019 season. Rojas played with the Baltimore Orioles in 2000), the Florida Marlins in 2001-02 and Montreal Expos/Washington Nationals (2003-05) minor league systems.

Mets pitchers and catchers are due to report to First Data Field in Port St. Lucie, Florida on Monday, February 10, with their first workouts scheduled for Wednesday, February 12.

The Mets will begin the 2020 Grapefruit League season with split-squad matchups in Jupiter versus the Cardinals, and at home against the Marlins on Saturday, February 22.

MLB’s regular season kicks off on Thursday, March 26 – the earliest Opening Day in the history of the game.