Crash in Southeast Claims the Life of a Connecticut Man 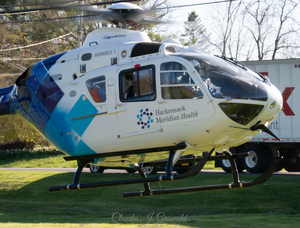 Preliminary investigation indicates a 2008 Honda CRV operated by, Ricardo Bregante, age 57, of Carmel, NY, was traveling south on State Route 22 passing to the right of vehicles on the shoulder of the road.  Mr. Bregante subsequently struck a 2017 Ford Edge operated by, Christopher T. Hammill, age 47, of Stamford, CT, who was turning right from the south bound lane into the Gulf Station located at 1565 State Route 22.  The collision caused Mr. Hammill’s Ford Edge to strike a 2018 Toyota Highlander in the gas station parking lot.

Mr. Bregante and the operator of the 2018 Toyota Highlander were transported to Danbury Hospital in Connecticut for non-life-threatening injuries.

Mr. Hammill was airlifted to Westchester Medical Center in critical condition and was unfortunately pronounced deceased on April 29, 2021.

This investigation remains on-going and updates will be provided as they become available from the New York State Police.