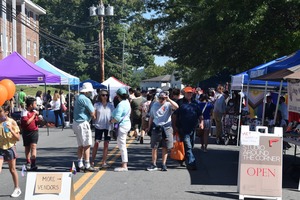 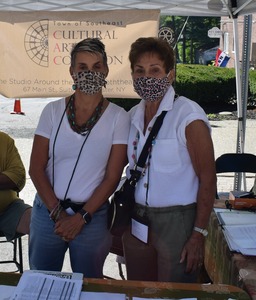 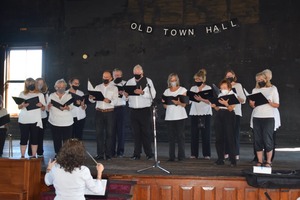 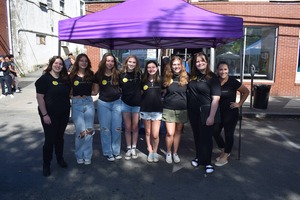 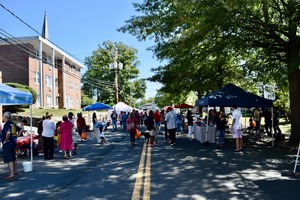 The Brewster Fall Festival was held this past Sunday, September 19th, 2021. After year off due to Covid,  the Brewster Fall Festival returned for it’s third year celebrating Brewster and the surrounding community. The Festival had been previously named Brewster Founders Day and had been held every year until 2018 when Founders’s Day Organizers announced they would not be sponsoring the event that year for a number of reasons.

The Brewster Fall Festival attracted over 2,500 people. They enjoyed local professional musicians along with amateur acts that ranged from Spotlight Arts, Inc., a local theatrical school that uses local high schoolers in its productions, to a one-man acoustic act. The Putnam Chorale performed in the Old Town Hall Theater. The Cultural Arts Coalition, led by president Judy Marano, runs the Fall Festival as their major fundraiser for the renovation of the Old Town Hall Theater.

Of course, the streets were filled with plenty of choices to eat and drink all while exploring a myriad of local vendors whose booths included both profit and non-profit service organizations and local companies.

The Friends of the Brewster Public Library held its annual book sale during the festival in the backyard of the Library’s new addition which held its grand opening celebration the day before after a 2 year, $3 million dollar expansion and renovation. Friends of the Library President, Marie Finnegan told HamletHub that they “raised almost $300 dollars to help support library programs”.

To view a gallery of photos from the 2021 Brewster Fall Festival, visit Brewster HamletHub’s Facebook page.