39 Stories to Celebrate the Season 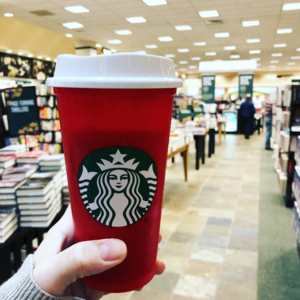 Reading seasonal stories has become my December tradition. Never quite as many as during the Great Christmas Book Binge of 2014, when I read 15 Christmas-themed books, but enough that I’ve amassed quite a reading list. Most are Christmas-themed, because it's the holiday I celebrate. But I also read and loved a Hanukkah classic by Isaac Bashevis Singer and the short story collection "My True Love Gave to Me," which features stories around a range of winter holidays.

As a third child, I’m a good sharer, thus I give you my ever-growing list of 39 (for now) stories to celebrate the season (except the one by Maugham, which is profoundly depressing and supremely unsettling). The list includes classics, a romantic comedy, short stories, murder mysteries, children’s books, a poem, and nonfiction.

Which have you read? Any favorites not on the list? Let me know in the comments!

“At Christmas Time” by Anton Chekhov

“A Child’s Christmas in Wales” by Dylan Thomas

“Christmas at Thompson Hall and Other Christmas Stories” by Anthony Trollope

“The Night Before Christmas” by Nikolai Gogo

“A Merry Christmas and Other Christmas Stories” by Louisa May Alcott

“A Christmas Memory” by Truman Capote

“The Gift of the Magi” by O. Henry

“The Nutcracker and the Mouse King” by E. T. A. Hoffman

“A Christmas Carol” by Charles Dickens

“Christmas at the Cupcake Cafe” by Jenny Colgan

"One Day in December" by Josie Silver

"A Wedding in December" by Sarah Morgan

"The Christmas Sisters" by Sarah Morgan

"Seven Days of Us" by Francesca Hornak

"Mr Dickens and His Carol" by Samantha Silva

“The Nightingale Before Christmas” by Donna Andrews

"Death of a Neighborhood Scrooge" by Laura Levine

Children's literature (and one poem)

“The Power of Light: Eight Stories for Hanukkah” by Isaac Bashevis Singer

“The Dolls' Christmas" by Tasha Tudor

“A Visit from St. Nicholas” by Clement C. Moore

"The Girl Who Saved Christmas" by Matt Haig

"My True Love Gave to Me: Twelve Holiday Stories," edited by Stephanie Perkins

"The Afterlife of Holly Chase" by Cynthia Hand

“The 13th Gift: A True Story of a Christmas Miracle” by Joanne Huist Smith

"Christmas on Jane Street" by Billy Romp and Wanda Urbanksa