Early Count for the 2020 Census 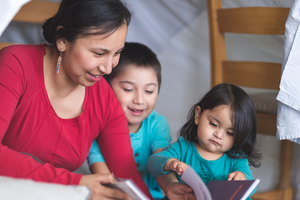 The first enumeration of the 2020 Census will take place in Toksook Bay, Alaska, during January 2020.

While most homes in the country will receive an invitation to respond to the 2020 Census beginning in mid-March, the census count will actually begin months earlier in Alaska’s Toksook Bay, a rural village on the Bering Sea that can only be reached by dog sled, snow machine, or bush plane when the ground is still frozen.

Remote Alaska's vast, sparsely settled areas traditionally are counted in January of the decennial census year. Local census takers must get a head start while the frozen ground allows easier access to the remote areas with unique accessibility challenges. In addition, many residents leave following the spring thaw to fish and hunt or for other warm-weather jobs, making it difficult to get an accurate count in the days leading up to Census Day.

For the last three censuses, the U.S. Census Bureau selected a remote Alaska Native village as the location of the first enumeration. Residents of Anchorage, Fairbanks, and other large Alaska cities will respond to the 2020 Census online, by phone, or mail in mid-March with the rest of the country.