Neil Peart, Legendary drummer for RUSH passes away at 67 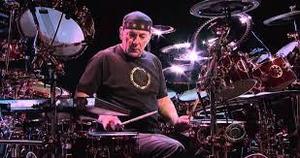 Neil Peart, the drummer and lyricist for Rush, one of the most influential rock bands ever, passed away on January 7th after a 3 year battle with brain cancer in Santa Monica, California. Born in Hamlton, Ontarion (Canada) on September 12th 1952, was just 67 years old. His passing was confirmed by family spokesperson Elliot Mintz in Rolling Stone.

Peart joined Bassist-Lyricist Geddy Lee and Guitarist Alex Lifeson of RUSH in 1974 following the release of the band's self-titled debut album and the Toronto based trio of RUSH then went on to become one of the most popular and influential bands of the era.

Lee and Lifeson, in a statement released yesterday said:

"It is with broken hearts and the deepest sadness that we must share the terrible news that on Tuesday our friend, soul brother and band mate of over 45 years, Neil, has lost his incredibly brave three and a half year battle with brain cancer (Glioblastoma). We ask that friends, fans, and media alike understandably respect the family's need for privacy and peace at this extremely painful and difficult time. Those wishing to express their condolences can choose a cancer research group or charity of their choice and make a donation in Neil's name.
Rest in peace brother."