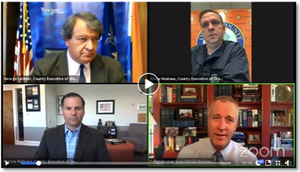 The COVID-19 pandemic has put an unprecedented strain on county budgets and many face budget shortfalls of several millions of dollars. According to a recent report from the New York State Association of Counties (NYSAC), the pandemic could cause New York’s counties to see a drop in revenue of $1.5 billion to over $3 billion for the next few years.

This funding would be distributed over two years. It would bolster state and municipal budgets and ensure New York’s health care workers, police, fire, transportation, EMS, teachers, and other vital workers can continue to be paid.