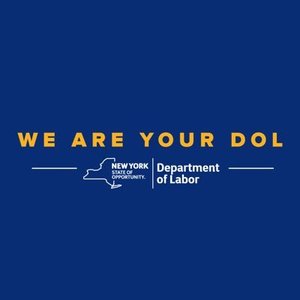 Backlog Includes Applications that are Missing Critical Information and Cannot be Processed, Duplicates, and Abandoned Claims

An Additional 20,801 New Yorkers' Claims from Before April 22nd have been Processed, but Cannot be Paid Until Federally-Mandated Weekly Certifications are Submitted

The New York State Department of Labor announced on Wednesday May 20th, 2020, that the backlog of pending unemployment benefit applications has been reduced to 7,580 — representing major progress since an unprecedented crush of applications related to the COVID-19 pandemic flooded the DOL's systems in March. This universe of unprocessed applications includes those that are missing critical information and cannot be processed, duplicates, and abandoned claims.  Additionally, since the passage of the Federal CARES Act, 562,766 PUA applicants have received unemployment benefits.

In total, more than 2 million unemployment benefit applications have been processed, and those New Yorkers have received over $10 billion in benefits.

"No one could have predicted the wave of unemployment applications that crashed over the United States because of the COVID-19 pandemic, and every state is struggling — but New York has moved faster than any other state to address our backlog and get money into New Yorkers' hands. To date, we have paid out over $10 billion dollars during this crisis, compared to just $2.1 billion in total last year," NYS Labor Commissioner Roberta Reardon said. "Those claims that have been outstanding for weeks are ones that we simply cannot process — we have already attempted to contact all of these New Yorkers, and we will continue to try get in touch with everyone who applied so we can connect them with the benefits they are eligible for."

The numbers for applications submitted pre-4/22 are as follows:

Over the weekend, the Department of Labor analyzed the outcome of applications that were filed on or before April 22nd in an effort to quantify the size of the unemployment benefit backlog. This analysis found that 7,580 applications filed before that date had not been processed. The DOL is unable to process these applications because they either contained incorrect or missing information, are duplicates, or had been abandoned by the claimant. The Department of Labor has attempted to contact all of these New Yorkers and will continue trying to reach them to complete their application or close out their claim.

Examples of missing or incorrect information that prevents an application from being processed include a Federal Employer Identification Number (FEIN) and address for an individual's former employer or an applicant's Social Security Number. Last month, the Department of Labor issued a directive reminding New York-based businesses they have a legal obligation to provide unemployed New Yorkers with the information they need to apply for benefits, including the company's FEIN and address.

Another 15,831 applications are going through final processing — which includes a check for fraud and identity theft. These claims will either become payable in the coming days or be flagged for additional review by anti-fraud specialists.

In addition, applications for 20,801 New Yorkers who applied before April 22nd have been processed but not paid because those individuals have not submitted federally-mandated weekly certifications. By law, these certifications must be submitted before benefits are released. The Department of Labor has proactively emailed hundreds of thousands of New Yorkers reminding them to submit certifications and rolled out a new, secure online system that allows New Yorkers to easily submit prior weeks' certifications that they had missed. Over 330,000 New Yorkers have used this new system to unlock more than $400 million in prior weeks' benefits they had effectively left on the table.

Finally, the Department of Labor has also launched a new system that proactively and directly communicates the status of an individual's unemployment insurance application via text and email. Since this system rolled out, hundreds of thousands of New Yorkers have received messages letting them know their application has been received, is being processed, and has become a payable claim.