Celebrating Freedom + a Zest for Life 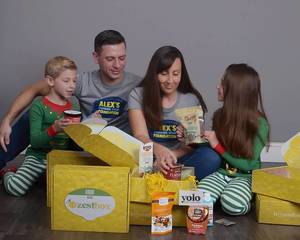 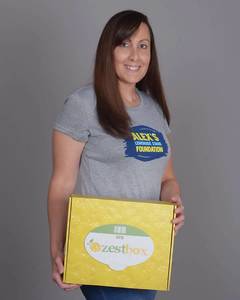 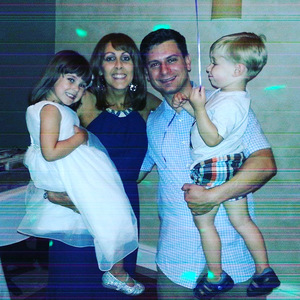 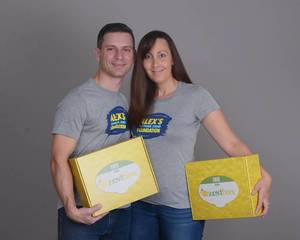 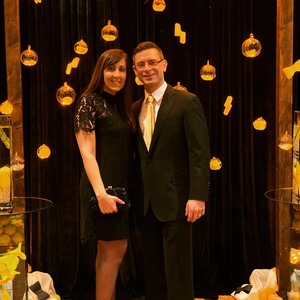 I was diagnosed in October of 2012 and it wasn’t until July 3, 2014 that I could celebrate with all of my family and friends THAT I WAS IN REMISSION!!!

My cancer free party was originally scheduled for June of 2013 after 6 months of chemotherapy. Everything was planned for my party, but then I received the news that my cancer came back.

I was told to watch and wait during the summer of 2013. Two horrible months of the unknown. Wondering if my cancer returned or if it were only inflammation as we were all hoping. But on September 9, 2013 - my 31st birthday - I woke up to the news that my cancer did in-fact return.

I had relapsed during treatment, after a negative PET scan only two months before my last scan. To say we were devastated and blindsided was an understatement. I was told I had “textbook Hodgkin’s Lymphoma,” six months of chemo and I would get back to my life. I was so eager to get back to being a mom to my daughter who was almost 3 and my son who had just turned 1 when I was diagnosed. I was eager to get back to being a personal chef, in a company that I built and grew for the last 8 years. I was eager to be my sister’s matron of honor at her wedding. But sadly my cancer journey had only just begun.

After another year and a half of intense chemo, radiation, a clinical trial and a stem cell transplant I was finally able to say I was in REMISSION!! This party was one of the best days of my life. The party room was packed. It became a standing room only but no one cared. We danced the night away. We eat and celebrated and laughed again. It was amazing!! My family and friends was my army through this battle. This party was not only for me, but for all of them. To thank them for all they did for me and my family.

It was so fitting that I celebrated being FREE of cancer during the weekend of our nation’s FREEDOM. What kept me going during those difficult dark days was always having a positive attitude. I realized first hand that life is too short, to live in the moment, and to have a zest for life!

The idea of having a zest for life transformed into creating my organic subscription box Zestbox and putting together healthier, cleaner alternatives for busy parents and their families and including motivational items to encourage a zest for life! I wanted to make is easier to put a healthy dinner on the table in minutes. I wanted to make it less time consuming to read labels on new products. I wanted to make it convenient to find better alternatives to snacks, either at work, after a workout or running to an activity. There are so many products out there, some that are even low in calories, but that doesn't mean they are healthy. I wanted to find cleaner cookies for my sweet tooth, veggie crackers when I wanted something salty, protein drinks and smoothies from real ingredients and a clean breakfast that I can eat as I'm getting everyone ready in the morning. I wanted to offer all of these benefits to others so I created Zestbox. I also partnered with Alex’s Lemonade Stand Foundation to raise money for Neuroblastoma, which is the type of cancer my four month old nephew was diagnosed with.

Order a Zestbox today, myzestbox.com, to make it simple and fun to eat well all while supporting a great cause! Follow on Instagram @myzestbox and Zestbox on Facebook. Use code SUMMER5 for $5 off.