NASA is on its way back to Mars 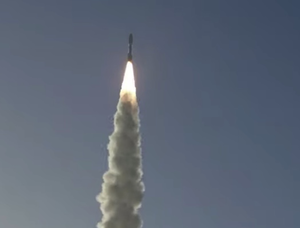 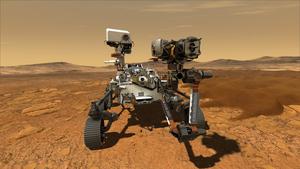 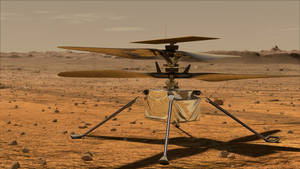 after a seven month journey

A NASA spacecraft carrying the Perseverance Rover and its companion helicopter, Ingenuity, helicopter successfully launched to Mars this morning aboard a United Launch Alliance Atlas V 541 rocket from Cape Canaveral, Florida at 7:50 a.m. ET. The lift off into a beautiful blue sky was smooth despite the slight hiccup of some earthquake activity at the Jet Propulsion Laboratory (JPL) in Pasadena, California which is the mission's control center and confirmed acquisition of signal from the spacecraft just after 9 am.

“I’m exceptionally excited about what we're about to do because we're going to launch Mars 2020 with the Perseverance robot," said NASA Administrator Jim Bridenstine during a press briefing at Kennedy Space Center. "But there is so much more going on here. This is the first time in history where we're going to Mars with an explicit mission to find life on another world -- ancient life on Mars."

After a nearly seven month journey to the red planet, the rover and its “helicopter”, Ingenuity, will use a host of new instruments to explore the Jezero Crater which is the site of an ancient lake and river. Scientists believe the lake existed between 3.5 billion and 4 billion years ago when Mars was wetter, warmer and possibly able to support life forms.

The Perseverance rover will be accompanied on its nearly 1 year mission by Ingenuity,  a helicopter like vehicle which is a technical demonstration designed to test the first powered flight on Mars. The helicopter will ride to Mars attached to the belly of the Perseverance rover. The main  goal of the mission is to look for signs of life on Mars and if that life is ancient and long dead or still around today. This is the first Mars mission to explicitly search for life since the Viking 1 and Viking 2 missions in the late 1970s.

The Rover and Helicopter were named by 2 students, Alexander Mather, a 13-year-old from Virginia named the Perseverance Rover and Vaneeza Rupani, a junior at Tuscaloosa County High School in Northport, Alabama, came up with the name Ingenuity for the Helicopter after NASA held a nationwide contest between August and October of 2019

You can view video of the launch on NASA's YouTube Page.