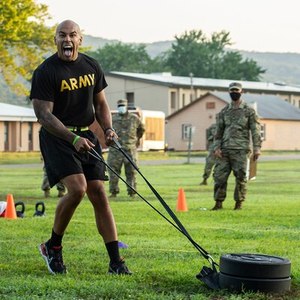 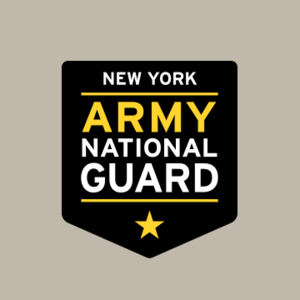 When they weren't running, they wore masks and temperatures were being taken constantly, and anything they touched was cleaned and disinfected.

The New York Army National Guard's annual Best Warrior Competition was supposed to happen in May. Still, it was postponed as the COVID-19 pandemic locked down the state and the New York National Guard mobilized over 3,600 troops to respond.

There was a chance the event would be canceled. But the Joint Force Headquarters non-commissioned officers who run the event managed to adapt and work through the issues, said New York Army National Guard Command Sgt. Major David Piwowarski.

"The contestants wore masks during events that were not highly physical," Piwowardski said. "And the staff wore masks, disinfected surface areas, worked to maintain social distancing and thermometers were available."

What usually is a four to five-day competition was crammed into 30 hours of activity to lessen exposure to each other and make up for the last-minute scheduling, Piwowarski explained.

The 30 hours of events included a fitness test, combat lane, day and night land navigation courses, an appearance board, Army warrior tasks, a written test, an essay and rifle and a pistol course. The event culminated with a 12-mile road march on the final day.

"I'm extremely proud of these best warriors because they're strong and adapted quickly to the changes we made to the competition," Piwowarski said.

"This year's competition was limited in some ways by COVID-19 protocols. However, there was no limit to the intensity of the competition or the contestants," Piwowarski said.

"The competition was more intense, but safer overall," stated Piwowarski. "It had to be something that still challenged these best warriors because they're good Soldiers and deserve it."

Each year, a non-commissioned officer and a junior enlisted Soldier are chosen as winners in the state competition to represent the New York Army National Guard at the regional level.

Perez and Ortiz are both New York Fire Department emergency medical technicians. They became friends several years ago while training at the academy and trained side-by-side while preparing for the Best Warrior Competition.

"We stayed motivated and pushed each other every day," Perez said.

The training was made more fun by picking different locations to workout in, Ortiz said.

"We'd take the American flag and run it across the Brooklyn Bridge," said Ortiz. "It helped keep our morale up."

Both Perez and Ortiz are thankful for the training and guidance provided by Sgt. Joseph Ryan, assigned to Headquarters Company, who competed in the 2019 national competition at Camp Gruber, Oklahoma.

"He was an incredible mentor, and took personal time out to help us prepare," said Ortiz. "His experience was invaluable in helping us train and getting us ready."

Perez expressed that he is honored to have been a competitor in this year's competition. He believes that his skills as an EMT better prepared him for the event.

"Being an EMT puts you in many stressful environments and it helps you perform well under pressure, which translates well into this type of competition," said Perez.

The Best Warrior Competition is the only competition that allows Soldiers to showcase their abilities and be recognized individually by the state.

"There's no other time a Soldier can do this individually because we're a team," Piwowarski said.

However, the winners of the competition said that they don't do it for the individual recognition-- they do it to motivate and inspire other Soldiers.

"There's a tremendous reflection on Perez and me for the Soldiers in our unit," said Ortiz. "I want to go back and be able to show that I'm worthy of those Soldiers, that I'm capable and ready to get the job done."

Both Perez and Ortiz will compete at the regional competition at Camp Ethan Allen Training Site in Vermont, August 13 -16. The winners there compete to be the best in the Army National Guard at Camp Shelby, Mississippi, in September.

"All of the competitors represented their units in the New York Army National Guard with excellence," said Piwowarski. "We look forward to seeing them compete at the next level and represent us with pride."