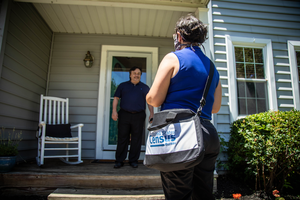 The deadline for U.S. citizens to fill out the 2020 census has been extended to October 31st by a Federal Judge in California.

The ruling, issued Thursday by U.S. District Judge Lucy Koh for the Northern District of California requires the Census Bureau to keep trying to tally the country's residents through Oct. 31.

That ruling is expected to be appealed by the Justice Department in what has become the latest twist in a long-running political dispute over the once-a-decade survey of the United States population.

The new timeline hopes to account for delays caused by the COVID-19 pandemic. The original deadline was July 31 and had been pushed back to September 30th. In July, the Census Bureau's director, Steven Dillingham said that Commerce Secretary Wilbur Ross, who oversees the bureau, had directed them to speed up all counting efforts in order to provide, by law, a report to the President by December 31st.

The census helps determine the amount of federal funds allotted to each state for various needs.