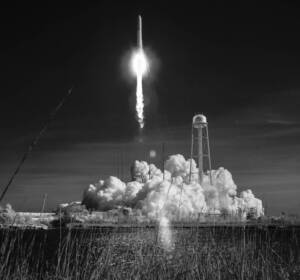 Editor’s Note: This media advisory was updated Sept. 27 to reflect the launch is now targeted for no earlier than 9:38 p.m. EDT, Thursday, Oct. 1, with NASA TV coverage to begin at 9 p.m. The launch delay is due to poor weather conditions anticipated Tuesday and Wednesday.

NASA commercial cargo provider Northrop Grumman is targeting 9:38 p.m. EDT Thursday, Oct. 1, for the launch of its 14th resupply mission to the International Space Station. Live coverage of the launch from Wallops Flight Facility on Wallops Island, Virginia, will air on NASA Television and the agency’s website, with prelaunch events Monday, Sept. 28, and Thursday, Oct. 1.

The Cygnus spacecraft, dubbed the SS Kalpana Chawla, will arrive at the space station Sunday, Oct. 4. Expedition 63 Commander Chris Cassidy of NASA will grapple Cygnus and Flight Engineer Ivan Vagner of Roscosmos will act as a backup. After Cygnus capture, mission control in Houston will send ground commands for the station’s robotic arm to rotate and install it on the bottom of the station’s Unity module. Cygnus is scheduled to remain at the space station until mid-December, when it will depart the station. Following departure, the Saffire-V experiment will be conducted prior to Cygnus deorbit and disposing of several tons of trash during a fiery re-entry into Earth’s atmosphere approximately two weeks later.

Members of the public can attend the launch virtually, receiving mission updates, and opportunities normally received by on-site guests.

Complete coverage of launch activities is as follows (all times Eastern)

Media can submit questions during the prelaunch press conference by emailing  This email address is being protected from spambots. You need JavaScript enabled to view it. .

NASA’s virtual launch experience for the mission includes: curated launch resources, a behind-the-scenes look at the mission, notifications about NASA social interactions, and the opportunity for a virtual launch passport stamp following a successful launch.

Members of the public can share in the mission through a variety of activities, including:

Register for email updates or RSVP to the Facebook event for social media updates to stay up-to-date on mission information, mission highlights, and interaction opportunities.

View from the Mid-Atlantic Region

The launch may be visible, weather permitting, to residents throughout the mid-Atlantic region and possibly the East Coast of the United States.

Watch and Engage on Social Media

Learn more about the Northrop Grumman CRS-14 mission by going to the mission home page at: