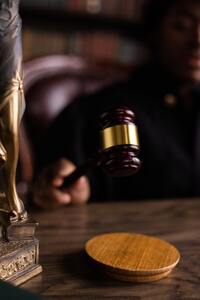 School districts in Putnam County have notified parents that the mask rule is still in place.

A State Supreme Court ruling in Long Island on Monday has caused confusion and disarray in school districts throughout our region, leaving children, in some cases, to bear the brunt of a misguided state policy, Putnam County Executive MaryEllen Odell said.

School districts throughout the state take their guidance from the New York State Education Department, which released a statement Tuesday saying “It is NYSED’s position that schools should continue to follow the mask rule.”

But until a “stay” of the Nassau Supreme Court judge’s Monday ruling is either issued or dismissed by the courts, some parents and school districts are making their own decisions.

All of the districts in Putnam County have notified parents that the mask rule is still in place.

“I have heard reports, however, of children as young as 6 years old being forced to socially distance in class because their parents sent them to school without a mask,” County Executive Odell said. “That is heartbreaking and unacceptable.”

Some Westchester school districts have taken the opposite route and decided to allow parents to make the decision, until a court ruling is clearer.

“Based on the facts at this time, masks may continue to be worn in school; however, they are not required,” Ossining Schools Superintendent Dr. Raymond Sanchez wrote to parents.

The Nassau County Supreme Court judge’s ruling on Monday said that a roundabout method of imposing a state mandate was unconstitutional. He said the issue should be put to the Legislature to vote on if the mandate was to become law.