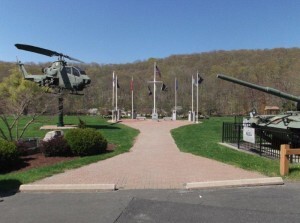 The Traveling Wall, an 80 percent scale replica of the Vietnam Veterans Memorial in Washington D.C., will return to Putnam County in September.

It’s the fifth time that the Traveling Wall will visit Putnam County. It was first showcased in the county in 1995 and last here in 2018.  This visit will include a half-size replica of the Tomb of the Unknown Soldier as well as The American Traveling Tribute, a display that features every war America has been involved in from the Revolutionary War right up to today.

“In Putnam County we will never forget those who made the ultimate sacrifice for our country,” said Putnam County Executive MaryEllen Odell. “It is essential that we make time in our busy lives to honor and remember those who preserved our freedoms.”

The Traveling Wall will arrive with a convoy on Wednesday, September 21st and will be installed in Putnam County Veterans Memorial Park, where veterans, soldiers, families, officials and others can come and pay their respects to the men and women who died in the Vietnam War. The opening ceremony will be on Thursday, September 22nd at 7pm.

The closing ceremony will take place at 11 a.m. Sunday, September 25th, which is Gold Star Mother’s Day. There will be a concert by The Hudson Valley Council Band.

“There are a lot of people who can’t get down to Washington and it’s important to them to see it in their own community,” said Veterans Service Agency Director Karl Rohde.  “For Vietnam Veterans especially, seeing the wall and the names of soldiers who didn’t make it home, it’s a very emotional experience.”

Rohde has been chairman of the Wall Committee for each of its past four visits to Putnam. This year, Rohde said, that honor goes to the late Dale Cusack, a U.S. Air Force Veteran who died in April.