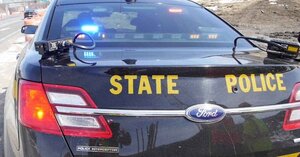 The New York State Police will continue to target speeding and aggressive drivers during this year’s “Speed Week” enforcement campaign which started on August 15th and ends on Sunday August 21st, 2022. Troopers will actively patrol highways and will target drivers who violate New York’s “Move Over” Law as well.

Speeding is listed as a contributing factor in nearly one third of all fatal crashes in New York State. According to the Institute for Traffic Safety Management and Research (ITSMR) at the University at Albany, in 2021, 361 people were killed and 11,665 were injured in New York State in speed-related crashes.

During this “Speed Week” enforcement period, Troopers will be using both marked State Police vehicles and Concealed Identity Traffic Enforcement (CITE) vehicles as part of the operation. The CITE vehicles allow Troopers to more easily identify motorists who are violating laws while driving. These vehicles blend in with every day traffic but are unmistakable as emergency vehicles once the emergency lighting is activated.

Speeding by all vehicle types, as well as other traffic violations, will be heavily enforced throughout the week in addition to normal year-round enforcement. Troopers will also be watching for other traffic violations, including distracted or impaired drivers, vehicle occupants who are not properly buckled up, and drivers that are violating New York’s Move Over law.

During the June 2021 Speed Week campaign, State Troopers issued 23,996 total tickets, including 12,900 for speeding, 437 for distracted driving, and 382 for violations of the Move Over law.