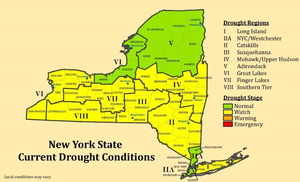 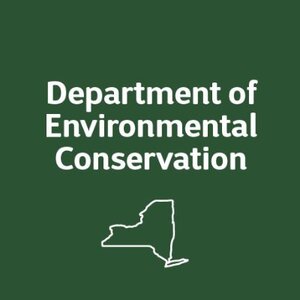 The watch now includes most New York counties except those located in the Adirondack, Eastern Great Lakes, and New York Metropolitan regions.

Putnam County is considered to be under "Watch" at this time.

New York State is encouraging residents in affected counties, particularly those dependent on private groundwater wells, to conserve water whenever possible during the coming weeks.

A watch is the first of four levels of State drought advisories, which are watch, warning, emergency, and disaster. No mandatory restrictions are in place under a state drought watch. View the counties under drought watch on DEC's Current Drought Conditions webpage.