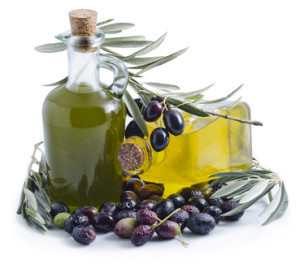 When it comes to nutrition, it can get very confusing. Patients often vent their confusion to me by claiming “The information is always changing! I don’t know what to believe!” In their ensuing frustration, they often abandon a wholesome way of eating for the S.A.D.  A program which stands for the Standard American Diet. It is well known that the S.A.D. Diet is, in part, responsible for heart disease, cancer, diabetes and a host of other public health issues. Among developed countries, the United States has the most obese and overweight people. According to Jean Lemaire, Wharton professor of insurance and actuarial science, Americans are much heavier than they were 10 years ago and much heavier than other people around the world. Professor Lemaire further states: Life expectancy in the U.S., which is among the richest countries, only ranks 48th in the world. Being overweight is comparable to having diabetes or having high blood pressure. To further illustrate the problem, A report published in the Journal of Health Affairs, found that individuals who are obese have 30 to 50 percent more chronic medical problems than those who smoke or drink heavily.

So what do I mean by “diet”?  According to the dictionary, diet is the customary amount and kind of food and drink taken by a person from day to day; more narrowly, a diet planned to meet specific requirements of the individual, including or excluding certain foods. It is not necessarily about weight loss. When looking at diet, it should be a way of eating that becomes a lifestyle. It should be a sustainable habit, easy to follow, nutritious and impart optimal health benefits. This excludes short term eating changes, dietary restriction, starvation or sacrifice. If the diet you follow nourishes you, equally, on ALL levels, physically, physiologically and emotionally, I would call this a healthy diet.

Two popular concepts that I believe are sustainable in modern life are the Paleolithic Diet or Caveman diet and the Mediterranean diet. While they seem to be very different, they do agree on key points. It is up to each individual to research and find what kind of a healthy diet can be sustained for the rest of one’s life. As I preach in my Wellness Practice, you must also take into account the individual, their health status and specific needs in their diet. This is exactly why we get significant weight loss and improved health in our clinic…because everyone is an individual.

The Paleo Diet is a nutritional plan based on the ancient diet of wild plants and animals that our ancestors consumed over 10,000 years ago. These tribes ate a pre-westernized diet of 55-65% animal foods and 35-45% plant foods. They discovered that these societies had no stroke, heart disease, diabetes or hypertension.  The diet consists mainly of fish, grass-fed pasture raised meats, vegetables, fruits, roots, spices and nuts. There is no restriction on number of calories and the foods can be cooked.  It excludes grains, legumes, dairy products, salt, refined sugar, high glycemic foods and processed oils. The Paleo diet is superb for weight loss, insulin problems and excels above other diets such as calorie restriction or the ADA diet. A good source for more information on this diet can be found at www.PaleoDiet.com.

The benefits of this type diet have been studied much more extensively than the Paleo Diet and the results are astounding as well. A 10 year study published in the Journal of the American Medical Association found that this type of diet was associated with a 50% lowering of early death rates. The Lyon Diet Heart Study found that mortality from all causes while strictly adhering to a Mediterranean diet was reduced by 70 %! Other studies reported reductions in cancer, stroke, diabetes cardiovascular disease and more.  The benefits, again, are far beyond that of old beliefs of just calorie restriction and exercise.

While both diets have benefits, click here to read the complete article which includes highlights of the differences.

There are definitely benefits to either diet and there are clear points that BOTH Diets agree upon and I think it is wise advice. Namely, processed foods are killing all of us. We have to get back to the basics. Fresh produce, fruits, and lean meats, anything made by nature directly. We are consuming way too much of the bad kind of carbohydrates. There is not adequate fiber in our diet programs, and too many of the wrong fats. All processed food should be eliminated from our diet, that is a 20th century occurrence and our body is not use to handling them.

In the end it is our genes that decide our requirements nutritionally, and we are not living in compliance with them. In the end, there is a divide as to which diet is “best”. HOWEVER no one disagrees that if you eat as close to what nature has provided us you will bring equilibrium back to your body – simple!

Kenneth R. Hoffman, L.Ac, D.Ac (RI), started private training under the tutelage of a Taoist medical and qi gong master in 1991 where he began learning the art of Chinese healing through Qi Gong, Herbology, Tui Na (Chinese medical massage) and Tai Qi. He is the medical director for Sophia Natural Health Center in Brookfield where his specialties are hormone conditions, allergies, pain and medical thermography. It is one of the largest acupuncture and Oriental medicine centers in Connecticut. He can be reached at Sophia Natural Health Center, 31 Old Route 7, Brookfield, CT or 203-740-9300. http://inm.center