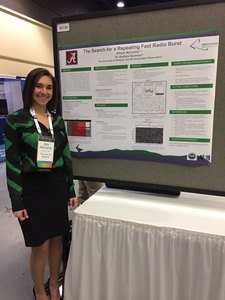 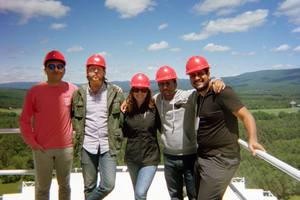 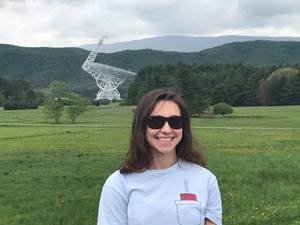 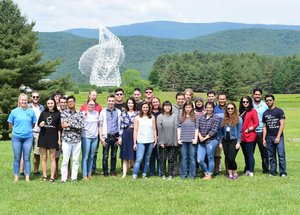 Allison McCarthy graduated from Brewster High School just a few years ago, but she is already making a name for herself in the astronomy community.

The 2016 Brewster graduate is currently studying Astrophysics and Aerospace Engineering at the University of Alabama in Tuscaloosa. This past summer, McCarthy had an internship at the Green Bank Observatory in West Virginia where she spent her time analyzing telescope data. She and her coworkers analyzed data taken in 2015 from the Arecibo Observatory in Puerto Rico.

McCarthy and Dr. Andrew Seymour of the Green Bank Observatory studied more than 41 hours of observations of fast radio bursts, which are brief signals of radio energy emanating from distant galaxies. They may have detected a repeating burst, which would be only the third one ever detected. They’re not sure, but what they found was very promising. She presented her work at a conference of the American Astronomical Society this month.

McCarthy has been drawn to space since she was little. “I’ve always like space, it was a childhood dream,” she said. She grew up wanting to be an astronaut, but decided she needed a more realistic goal since so few people actually get to go into space. Since she loves physics and space, astrophysics and aerospace engineering sounded like a good fit. McCarthy credits Brewster teacher Dr. Brittany Kozlenko with leading her towards engineering and physics instead of astronomy.

McCarthy advises other students considering taking the same path as her to study hard. “Read up on the field,” she said. “Read about rockets and launches, watch launches and moon landings. See what went wrong. If you’re interested in astronomy or space, find the niche that you like. Do you want to know about black holes? The creation of the Milky Way? Read into that so that when you get into school you’re certain that that’s what you want to do.”