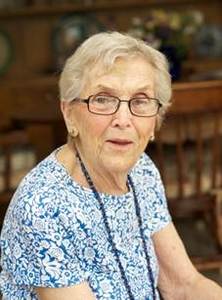 The Green Chimneys community has lost another of its most admired members. Myra Mattes Ross, co-founder and beloved matriarch of Green Chimneys, died peacefully at the home of her daughter in Las Vegas, NV at the age 88.

Mrs. Ross led the renowned education and human services organization with husband Dr. Samuel B. Ross, Jr., who passed in 2018. Following their marriage in 1954, she joined, and helped to grow, the vision for a unique school in a farm setting. Together they developed a most innovative model for providing education, residential treatment, and animal-assisted and nature-based therapeutic programs for children with special needs.

Born in the Bronx in 1930 to a hatter and his wife, young Myra moved to Danbury at the age of 6, where she attended local public schools. She was later admitted to Danbury State College (now Western Connecticut State University) where she earned a Bachelor Degree in Elementary Education. She continued her studies in 1968 when she returned to WCSU and graduated with an M.S. in Education with a concentration in Psychology. She became a school teacher and taught in Norwalk and Danbury.

For six decades Ross served as Clinical Coordinator and Director of Admissions at Green Chimneys School and Children's Services. Her extensive experience working within residential treatment, group homes, special education, and other child and youth services became invaluable and she worked tirelessly alongside her husband to improve the lives of hundreds of children and families.

In addition to her work at Green Chimneys, Ross was a member of the Putnam Community Service Network and a charter member of the Rotary Club of Patterson, NY. She belonged to many professional organizations and spoke extensively at conferences on childcare, education, assessment and documentation as well as on the interaction of humans and animals. She also served as Chair of the Temple Beth Elohim Board of Education for many years.

Together, the Rosses received numerous honors and awards for their work: the Delta Society Distinguished Service Award for exceptionally significant contributors to our understanding of the relationships between people and animals; the International Association of Human/Animal Interaction Organization Lifetime Achievement Award; the Massachusetts Society for the Prevention of Cruelty to Animals; and the American Humane Education Society George T. Angell Humanitarian Award. She was also the recipient of a Centennial Award for Excellence at Western Connecticut State University.

Myra Ross proudly raised her family on the grounds of Green Chimneys with her children attending the school and working side by side with their parents. She was the mother of David (deceased 1986), Donald, and Lisa who both live in Nevada; mother-in-law to Mary; and the proud grandmother of Samantha Julia and Sara Adele.

Memorial Details: A Celebration of Life will take place on Wednesday, May 22, 2019 at 3:30 p.m. on the main campus of Green Chimneys Children’s Services at 400 Doansburg Road, Brewster, NY.