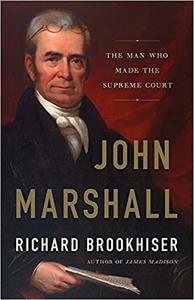 Second Tuesday of each month at 7:30 PM at Keeler Library. Extra copies of the books are available for checkout. No registration is required and drop-ins are welcome.

Tuesday, August 13th at 7:30 PM - A Spy Among Friends by Ben Macintyre

Kim Philby was the greatest spy in history, a brilliant and charming man who rose to head Britain’s counterintelligence against the Soviet Union during the height of the Cold War—while he was secretly working for the enemy. And nobody thought he knew Philby like Nicholas Elliott, Philby’s best friend and fellow officer in MI6.

In the four most bloody and courageous days of our nation’s history, two armies fought for two conflicting dreams. One dreamed of freedom, the other of a way of life.

Tuesday, November 12th at 7:30 PM - The World Broke in Two by Bill Goldstein

The fascinating story of the intellectual and personal journeys four legendary writers make over the course of one pivotal year.

Tuesday, December 10th at 7:30 PM - John Marshall: The Man Who Made the Supreme Court by Richard Brookhiser

Through three decades of dramatic cases involving businessmen, scoundrels, Native Americans, and slaves, Marshall defended the federal government against unruly states, established the Supreme Court’s right to rebuke Congress or the president, and unleashed the power of American commerce.

For questions, you can email the library at This email address is being protected from spambots. You need JavaScript enabled to view it. or call at 914-669-5161

To learn about other programs we offer at the library, please visit our website: https://www.ruthkeelermemoriallibrary.org/