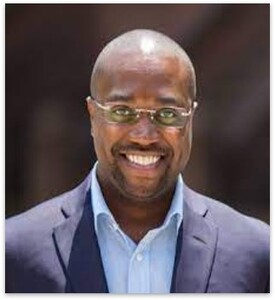 This past week, Camp Herrlich’s Tremper Talks, featured Roy Paul. Roy engaged Camp’s Junior Board and Board of Directors in a conversation about increasing financial literacy in teenagers.

Roy Paul, currently Executive Director of Cents Ability, has years of experience in the non-profit, political and private sectors.

Prior to Cents Ability, he served as the Head of Government Relations and Outreach for the Jamel Robinson Child Welfare Reform Initiative. The Organization’s work helped pass the Sex Trafficking and Strengthening Families Act of 2014, which was signed into law by President Barack Obama.

At the age of 19, Roy became the youngest African-American elected to office in New York State. ABC News covered the story, which led to Paul’s part-time work as a political commentator for the network.

Born to parents from the U.S. Virgin Islands, Roy attended elementary school in the Bronx during a time when the rival Bloods and Crips gangs were making news. Due to this Roy’s mother decided to move his family upstate to Orange County, NY.

Camp Herrlich is a not-for-profit year-round facility that offers day and sleepaway camp, school-age child care, retreats, teambuilding and leadership, and outdoor education programs. The camp is located in the heart of Putnam County, about one hour north of New York City

The leadership series gets its name from Mt. Tremper in the Catskills where Harold Haar; a pivotal leader in the Camp’s history, first began his dream of operating a multicultural camp to benefit underserved children before later arriving at Camp Herrlich to continue his life’s pursuit.

For more information about Camp Herrlich, Tremper Talks, and our Junior Board please visit www.campherrlich.org