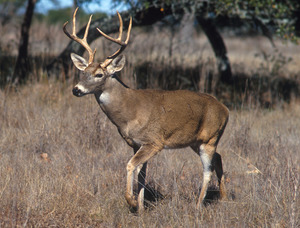 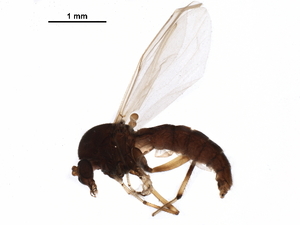 Disease is Not Transmissible to Humans; New Yorkers Encouraged to Report Sick or Dead Deer to DEC

The New York State Department of Environmental Conservation (DEC) today confirmed that several white-tailed deer in the towns of Nelsonville and Cold Spring in Putnam County and near Goshen in Orange County died after contracting Epizootic Hemorrhagic Disease (EHD). EHD is a viral disease of white-tailed deer that cannot be contracted by humans.

EHD virus is carried by biting midges, small bugs often called no-see-ums or 'punkies.' Once infected with EHD, deer usually die within 36 hours. The disease is not spread from deer to deer or from deer to humans.

The EHD virus was first confirmed in New York in 2007 in Albany, Rensselaer, and Niagara counties, and in Rockland County in 2011. EHD outbreaks are most common in the late summer and early fall when midges are abundant. EHD symptoms include fever, hemorrhage in muscle or organs, swelling of the head, neck, tongue, and lips. A deer infected with EHD may appear lame or dehydrated. Frequently, infected deer will seek out water sources and many succumb near a water source. There is no treatment for nor means to prevent EHD. The dead deer do not serve as a source of infection for other animals.

EHD outbreaks do not have a significant long-term impact on deer populations. EHD is endemic in the southern states where there are annual outbreaks, so some southern deer have developed immunity. Generally, in the northeast, EHD outbreaks occur sporadically and deer in New York have no immunity to this virus. Consequently, most EHD-infected deer in New York are expected to die. In the north, the first hard frost kills the midges that transmit the disease, ending the EHD outbreak.

Hunters should not handle or eat any deer that appears sick or acts strangely. DEC will continue to monitor the situation. Sightings of sick or dying deer should be reported to the nearest DEC Regional Office or to an Environmental Conservation Police Officer. In addition, the Department of Agriculture and Markets has alerted deer farmers and veterinarians throughout the state to be aware of the disease and to report suspicious cases.

For more information on EHD and helpful related links, visit the DEC website.