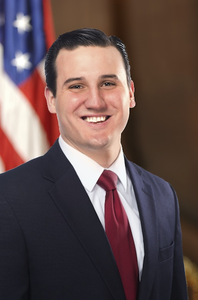 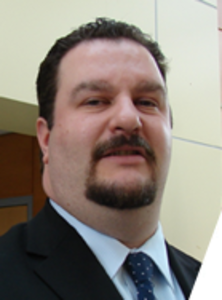 Assemblyman Kevin Byrne (R, C, Ref - Mahopac) and Putnam County Clerk Michael Bartolotti are disgusted with Albany’s last scheme to make another dollar; this time through forced purchasing of license plate replacements. According to statements released by the NYS DMV and Governor Cuomo’s office, beginning in April 2020 NYS DMV will mandate all motor vehicle registration renewals with license plates more than 10 years old be replaced at the applicant’s expense. Drivers will pay a $25 replacement fee added to their vehicle owner’s registration renewal fee. Additionally, if drivers want to keep their current license plate number, they will have to pay an additional $20. There are currently five design options New Yorkers can vote for, including three featuring the Statue of Liberty, one featuring the new Governor Mario M. Cuomo Bridge, also known as the new Tappan Zee Bridge, and one which features Niagara Falls.

“This is nothing more than another cash grab to justify more wasteful spending by Albany, completely bypassing the NYS Legislature to create what is essentially a new tax on New York drivers,” said Byrne. “When the Tappan Zee Bridge was renamed, it was part of a late night backroom deal negotiated by Gov. Cuomo. This time there wasn’t even deal- he just did it. I also find it interesting that one of the designs has the new Tappan Zee Bridge on it. It’s ironic because while the governor refused to listen to the people and allow a straight vote on re-naming the new bridge, here he is encouraging people to vote on a new license plate; one of which prominently features that same bridge. What about a vote on whether or not New Yorkers actually want or need a new license plate? What about giving New Yorkers who already have EZ Pass the option of not purchasing a new plate? Lastly, why not include our state’s elected representatives from the Senate and Assembly in this decision?”

“It is so painfully obvious that this is nothing more than the state trying to get more money out of its already overly-taxed residents,” said Bartolotti. “The last mandatory plate exchange in New York State occurred in 2001 with the replacement of the liberty plates at a cost of $5.50 and replaced plates that were in circulation for more than 15 years.  It’s ironic that New Yorkers are asked to vote on the new design but have had no input whatsoever about the mandatory replacement fees. Drivers should be given the option to keep their old plates instead of being forced to buy new ones. They also shouldn’t have to incur an additional fee just to keep the same plate number, which many people prefer to do since it is tied to registrations and EZ Passes. I highly support giving drivers more of a say in this process.”