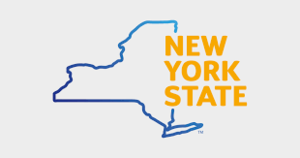 Retirees under 65 now can make up to $35,000 without affecting pension benefits

With no projected annual costs and negligible impact on retirement patterns, the law lifts the cap to $35,000 that public service retirees under 65 can earn per year in public employment without affecting their pension benefits. This makes it easier for smaller municipalities to hire retired police officers, school resource personnel and village clerks, many of whom are willing to continue in their occupations on a lesser scale for part-time or per diem work

“This law creates a cost-effective way for small police departments to increase use of part-time retired police officers, who augment the full-time force and save taxpayers’ money,” said Harckham. “This is a win-win for municipalities and retired public employees.”

Since 2007, retirees wanting to return to public service employment have been permitted to make $30,000 annually before loss, suspension or diminution of their retirement allowances. Generally, there are no earnings limitations in or following the calendar year in which a retiree turns age 65. State data shows that an average number of 90 employees in the past four years that would have been impacted by the law lifting the earnings cap.

As for the local municipalities and various departments, being able to recruit and hire seasoned retirees also avoids the higher costs associated with training and incorporating new employees.

“I’m very pleased with the signing of this new legislation, which benefits towns like Pound Ridge that staff their police departments with retired police officers willing to work part time,” said Town of Pound Ridge Supervisor Kevin C, Hansan, “Since taxpayers invest heavily on training police officers, we all benefit from a greater return in our investment when officers work past their retirement age.”

Town of North Salem Supervisor Warren J. Lucas added, “The salary cap increase legislation that was marshalled through Albany by Senator Harckham in 2019 will allow us to provide better coverage for our citizens with a police budget for 2020 in which additional patrols can now and have been added.”

“My thanks to the state for passing this law, which will make it easier for the Town of Lewisboro to control the cost of policing,” said Lewisboro Supervisor Peter Parsons.“We are fortunate in the Town of Somers to have a professional and experienced part-time Police Department, which is comprised of officers who have retired from other municipal police departments, including the NYPD,” said town Supervisor Rick Morrissey. “Unfortunately, the previous salary cap led to operational limitations and staffing issues, especially in years when the town had to respond to unforeseen circumstances, like natural disasters. The new increase of $5,000 to retired officers will enhance public safety, and provide a great benefit to the residents of Somers.”