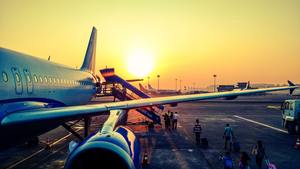 Governor Andrew M. Cuomo announced New York State's intent to sue the federal government following the Department of Homeland Security's decision to ban New Yorkers from the Trusted Traveler Program. On June 17, 2019, Governor Cuomo signed the Green Light Law allowing undocumented immigrants to apply for driver's licenses in New York, and preventing federal immigration agencies from accessing this Department of Motor Vehicle data. The Trump administration's politically motivated ban is direct retaliation for New York's Green Light Law. Thirteen other states and the District of Columbia have Green Light Laws, but New York is the only state that has been targeted by this administration for retaliation.

The new federal policy is in response to New York's Green Light Law, which took effect in December and allows immigrants to seek driver's privileges regardless of whether they entered the country legally.

This is political retribution, plain and simple, and while the president may want to punish New York for standing up to his xenophobic policies, we will not back down," said Attorney General James. "We plan to take legal action and sue the Trump Administration for its unfair targeting of New York State residents. This new policy will negatively impact travelers, workers, commerce, and our economy, so we will fight the president's shortsighted crusade against his former home. We will not allow New Yorkers to be targeted or bullied by an authoritarian thug."

Trusted Traveler Programs, including Global Entry, SENTRI, NEXUS, and FAST, facilitate the entry of pre-approved travelers into the United States using expedited lanes at airports and international borders. Under the Department of Homeland Security's ban, residents of the State of New York will no longer be eligible to apply for or renew membership in U.S. Customs and Border Protection Trusted Traveler Programs.

That information had been used to help identify and vet people seeking to join the border-crossing programs, according to DHS.

"Obviously, we would urge New York to undo that law and to restore some sanity to its own attempts to help preserve public safety," DHS Acting Deputy Secretary Ken Cuccinelli said on a conference call last Thursday with reporters.

"This law that New York has introduced has made our law-enforcement officers less safe on an individual basis. It has also made New York less safe."

The Green Light law, which Gov. Andrew Cuomo and state lawmakers approved in June, also prohibits the state Department of Motor Vehicles from sharing aLy data with federal authorities that enforce immigration law, including ICE and Customs and Border Protection, without a subpoena or court order.

The lawsuit which will be brought by New York Attorney General Letitia James, will argue that the Federal Department of Homeland Security has violated New York's sovereign immunity, not provided our residents with equal protection and is acting in an arbitrary and capricious manner that denies the rights and privileges of all New Yorkers. Letitia James has also been defending challenges to New York's Green Light Law.