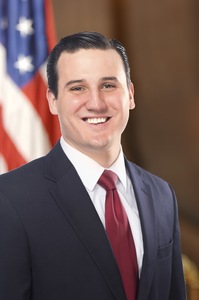 After another marathon budget week in Albany, the Assembly, Senate and Gov. Cuomo finally came to an agreement and finished the state’s 2020-21 budget. Due at midnight on Wednesday, April 1, the complete budget was not passed until approximately 3:30 a.m. on Friday, April 3, once again appropriating billions of dollars from hardworking taxpayers in the dead of the night while most New Yorkers were still fast asleep.

This so-called ‘budget process’ lacks transparency and forces members of the Legislature to vote on a piecemeal budget without having a complete picture of our state’s spending. Once again, it lacked the transformative changes our state truly needs, even more so today given the effect of the COVID-19 pandemic on our health and economy.

Additionally, this budget flat out rejected the Assembly Minority’s proposed amendment to implement the Small Business Emergency Recovery Act of 2020, which sought to ease the tremendous strain placed on our communities’ small businesses during this difficult time. Like many of our neighbors, I remain concerned for our small businesses suffering through this pandemic. It is my sincere hope the Assembly and Senate Majority conferences will soon see the light and join us in supporting this common sense proposal.

Like past budgets, while I’m disturbed by Albany’s broken budget process, I am still pleased that many of the initiatives we fought for were included in the final product:

While I am glad some sensible changes were made to the bail and discovery laws which had passed in the budget last year, it still took way too long and did not go far enough. Yet again, these changes reaffirm why these types of policy issues deserve to be discussed and voted on separately, not as part of the state budget.

In the end, deal-making behind closed doors with “three people in a room” led to poor decisions which will crush small businesses and siphon away sales tax revenue from county governments to support state spending. It also included other misguided, unrelated policy changes that simply did not belong in a $178 billion state budget. Some of the bad policy changes included:

The budget also continued costly programs like the $138.8 million Excelsior Scholarship & Enhanced Tuition Awards, aka ‘Free College’ program, $42.5 million for marketing of economic development initiatives including the state’s failed ‘Start Up NY’ program, as well as the extension of the $420 million ‘Hollywood’ Film Tax credit.

At the same time, the budget slashed $17 million from the Center for Community Health Program that county governments rely on to support their respective county health departments, a local agency already stretched to the max as we endure through this awful pandemic. The budget also completely eliminated the Adult Cystic Fibrosis Assistance program that had previously helped enable adults with cystic fibrosis to work, receive employer-based health insurance and rely less on the state’s Medicaid program. In the midst of a global pandemic caused by a virus that attacks a person’s respiratory system, I cannot for the life of me understand why our ‘leaders’ in state government cut funding to health departments and elected to cancel a program that saved the state money on its Medicaid program, while assisting New Yorkers suffering from a severe respiratory disease. It is a complete and utter failure.

These are challenging times to pass any budget, but the budget we passed should have still been about our priorities to improve our state as a whole. Albany’s priorities once again did not match the priorities of the people of New York. That is why, other than voting to pay back our state’s debt obligation, I opposed this year’s budget.

Our state and its people are facing daunting challenges this year. Rest assured, regardless of the challenge, I will continue to work nonstop for the people of Westchester and Putnam counties. By working together, we will always accomplish more. It is through collaboration, listening to each other and respecting one another that we will be able to build a better state, a safer and healthier state, for all New Yorkers to enjoy.

Assemblyman Kevin Byrne is the ranking member of the Assembly Health Committee and represents the 94th Assembly District, including portions of Westchester and Putnam Counties.