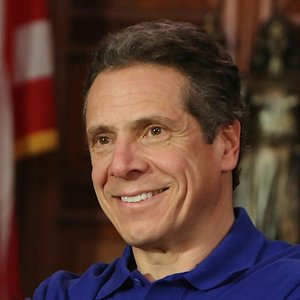 for aid to every state.

Governor Andrew Cuomo yesterday released a letter he sent to NY Senators and other congressional representatives in Washington, D.C., asking for $500 billion dollars in unrestricted aid for all states be included in the current negotiations regarding the latest Covid inspired stimulus package. He cited a $14 billion budget shortfall in 2021 in NY State alone, with that figure rising to $16 billion in the 2022 budget year.

Cuomo addressed the need for federal funding to avoid cuts to the Metropolitan Transportation Authority(MTA), the Port Authority, hospitals, schools and non profit organizations which he said could be cut by as much as 20% (or more) without the federal aid.

The MTA is currently operating with a $12 billion dollar deficit and the Port Authority, which is funded by travel related activities, has suffered losses of up to $3 billion due to the pandemic. In addition, he calls on the representatives to vote no on any bill that does not include SALT Act  (State and Local Tax) reform which he said "was an outright theft" from the taxpayers of NY State and is costing New Yorkers "as much as $15 Billion in additional federal taxes,...repealing the SALT bill is essential"!

The National Governors association issued a statement as well yesterday which read, in part, “Financial aid to states is one of the most important economic tools available to the federal government. While the Senate proposal is disappointing, we continue to believe there is significant common ground for an agreement that will help state and local governments" and “We stand firm in our request for federal aid in the amount of $500 billion over the next three years. This will ensure a strong recovery for our nation. It is time for Congress to come together to help restore our nation’s health and economy.”

Governor Larry Hogan of Maryland is the National Governors Association Chair and Governor Cuomo is Vice-Chair of the organization. The statement was attributed to both of them in the press release issued yesterday.