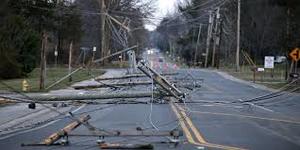 New York State Senator Pete Harckham has called for a formal Senate hearing on the failure of electrical utilities and wireless communications providers to prepare adequately for a powerful storm, and their slow response to power outages.

“The widespread damage and resulting power outages from Tropical Storm Isaias have revealed, once again, that our public utilities do not seriously prepare for natural disasters nor have they sufficiently hardened their infrastructure to withstand the magnitude of the storms that are now the new normal,” said Harckham. “I have worked storm recovery response since 2008 and little has changed. It is as if every time they forget the lessons learned”

Continued Harckham, “Now that power is finally being restored to most residents, it is important that we learn exactly went wrong last week—before the storm and afterwards.

“That’s why I’m calling for a Senate hearing for this region of the state. Let’s identify policies and procedures that need strengthening in order to ensure our storm responses are better executed. Our public utilities need to have a proactive approach to safeguarding our communities and meeting the needs of residents.”

Over 200,000 Con Ed customers lost power in the storm, along with about 90,000 NYSEG customers. Wireless communications were affected when the power was lost to cell phone towers. Some critical facilities in Westchester, Putnam and Dutchess counties are still without power or communications.