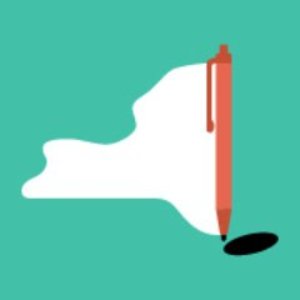 On Tuesday, ahead of the New York State Legislature's hearing on the June primary, the Let NY Vote coalition, including former Colorado Speaker of the House Crisanta Duran, laid out legislative solutions for the November election. Recommendations include, expanded early voting, online voter registration for NYC, improved absentee voting, and a robust voter education campaign about voting options throughout New York state.

Last year, lawmakers passed early voting, giving voters 9 days to vote in person ahead of Election Day. Early voting allows voters to cast their ballot on their own time in person, leads to fewer lines at poll sites, and minimizes health risks. Early voting is a safe and secure way for voters to cast their ballots in November. New York State should invest in a public education campaign notifying voters across the state about this option.

"In April, the Boards of Elections scaled up an otherwise sleepy absentee program in just six weeks. They did a credible job, but the election was not without problems, like the invalidation of absentee ballots due to missing postmarks and dates. But these issues were not unique to this election, they were magnified due to the dramatic influx of absentee voters. Lawmakers can now build on the legislation they passed in July and mandate a robust voter education program about early voting as well as pass absentee voting improvements. Our elections are reliable and accurate -- November will be no different," said Sarah Goff, Deputy Director of Common Cause/NY.

In June, millions of voters cast their ballot absentee, early, or on Election Day. Governor Cuomo issued an executive order allowing anyone to vote absentee, for the very first time, because of the pandemic. With limited funding and staff, the BOE scaled up a previously sleepy absentee program in six weeks. While a majority of voters had a successful voting experience, in some cases there were long lines, but some never received their absentee ballot, or failed to get their absentee ballot postmarked in time. The NYS legislature took action to combat some of these problems in July, but the coalition is recommending more action to improve voting in the Fall. Governor Cuomo has yet to sign any of those bills into law.

"Voting is the single most important thing any of us can do to have our voices heard. It's our right as New Yorkers to vote and help shape the policies that impact our communities. That's why it's imperative that voters have the ability to track their ballots, easily deliver their ballots to secure drop boxes at polling places and have the right to cure if there is a technical error so their vote can count," said Crisanta Duran, former Colorado Speaker of the House.

"As election officials prepare to administer the Fall 2020 contests with new procedures like Early Voting and voting from home, State lawmakers have a final opportunity to safeguard civil rights by improving access to the ballot and ensuring basic due process for all eligible voters, regardless of whether they vote in person or remotely said Jarret Berg, Co-Founder of VoteEarlyNY. We applaud the Legislature for considering the Coalition's proposals, which can make our democracy more resilient."

In July, the State Senate passed bill A8473, which would allow for eligible New York City residents to register to vote online. It is currently stuck in committee in the NYS Assembly.

"Given the spike in COVID-19 cases we are seeing in other parts of the country, we cannot assume that in-person voter registration campaigns will be able to occur in New York City anytime soon. Luckily a solution already exists for New York City. The Assembly should follow the Senate and pass online voter registration for New York City immediately. If they fail to do so, we urge Governor Cuomo to act via executive order," said Betsy Gotbaum, Executive Director of Citizens Union

The Let NY Vote Coalition is a statewide network of over 175 member organizations. In July, they realized their legislative priorities for the November election: