Census Takers may still visit your home despite online responses

Details
Published on Wednesday, 02 September 2020 00:30
Written by US Census Bureau 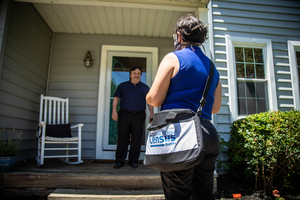 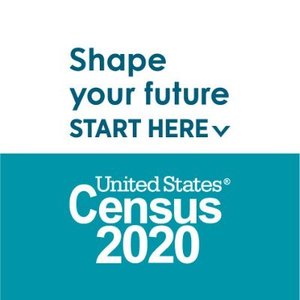 With door-to-door visits by census takers now underway, the U.S. Census Bureau is informing households that they may also receive a follow-up visit to ensure everyone is counted in the 2020 Census. So far, 64.9% of all housing units have responded online, by phone or by mail, and another 17.5% have been counted by census takers and other field data collection operations. In total, over 82.4% of all housing units throughout the nation have been accounted for in the 2020 Census as of Aug. 30. The Census Bureau is working to count the remaining households—about 1 in every 5 households across the nation.

On a daily basis, the Census Bureau updates its list of households that have responded. It is possible that a locally hired census taker will still visit the address as part of the Census Bureau’s quality assurance program for the 2020 Census even if a household has already responded. The public is encouraged to cooperate with census takers as they follow up.

For example, census takers are visiting households where there may be some confusion about the address. If the community’s addresses recently changed or the household responded with an address that does not match the Census Bureau’s address list, census takers will visit to verify the address and collect a response in person. Please respond when the census taker visits. If a census taker left a notice of their visit, you can respond online or by phone using the Census ID provided on the notice. This ID links your address to your response and ensures you are counted in the right place. The Census Bureau has rigorous methods and processes to resolve any duplicate responses.

In some cases, a second census taker may visit a household to conduct a short interview. This additional interview is one of the ways we check the quality of census takers’ work.

In addition, other Census Bureau representatives continue visiting homes for ongoing surveys that are occurring at the same time as the 2020 Census, such as the American Community Survey. These ongoing surveys affect only a small number of households nationwide and provide valuable information to help community leaders plan for hospitals and schools, improve emergency services, and make informed decisions about creating jobs.

Households can still respond to the 2020 Census by going online at 2020census.gov, by phone at 844-330-2020, or by completing and mailing back the paper questionnaire they received.