Sente Returns To D.C., WIll Vote On Corona Relief Bill This Week! 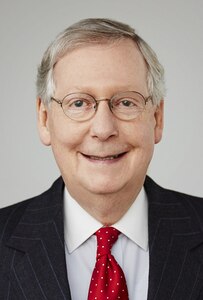 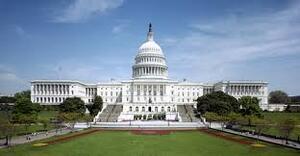 The U.S. Senate returned to Washington, D.C. on Tuesday and immediately got working on another Coronvirus relief package for Americans. Majority Leader Mitch McConnell (R-KY) gave an update on the COVID-19 response bill upon returning.

McConnell said Senate Republicans were introducing a coronavirus relief bill that will be focused on some of the urgent problems, including “healthcare, education, and economic issues.” The majority leader explained he is setting up a vote for this week.

McConnell said on Twitter regarding the bill: “Republicans and Democrats have big differences, but they should not stop us from agreeing where we can and making law to help Americans through this crisis. Working families cannot suffer more because Democrats think their pain helps them politically. The Senate is going to vote.”

Speaker of the House Nancy Pelosi (D-CA) and Senate Minority Leader Chuck Schumer (D-NY) released a statement saying the bill isn’t going to go anywhere saying "this emaciated bill is only intended to help vulnerable Republican Senators by giving them a ‘check the box’ vote to maintain the appearance that they’re not held hostage by their extreme right-wing that doesn’t want to spend a nickel to help people."

McConnell issued a full statement Tuesday morning regarding the bill. The full text of that statement is below:

"Senate Republicans have been trying for months to deliver more bipartisan relief to the American people.

"In July, we proposed another sweeping package totaling more than $1 trillion. Speaker Pelosi and Leader Schumer said no. In August, we proposed narrowing discussions to the most urgent and bipartisan subjects. They blocked that too.

"Speaker Pelosi and Leader Schumer said a targeted deal on jobless benefits and the Paycheck Protection Program would be 'piecemeal,' but then Speaker Pelosi came rushing back to pass the most piecemeal bill imaginable: Postal Service legislation that completely ignored the health, economic, and education crises facing families.

"Everything Speaker Pelosi and Leader Schumer have done suggests one simple motivation: They do not want American families to see any more bipartisan aid before the polls close on President Trump's re-election. They have taken Americans' health, jobs, and schools hostage for perceived partisan gain.

"Today, the Senate Republican majority is introducing a new targeted proposal, focused on some of the very most urgent healthcare, education, and economic issues. It does not contain every idea our party likes. I am confident Democrats will feel the same. Yet Republicans believe the many serious differences between our two parties should not stand in the way of agreeing where we can agree and making law that helps our nation.

"I will be moving immediately today to set up a floor vote as soon as this week.

"Last month, more than 100 House Democrats publicly asked Speaker Pelosi to stop stonewalling and let them vote on targeted COVID-19 relief. She ignored them, just like her piecemeal postal legislation ignored American families. I will make sure every Senate Democrat who has said they'd like to reach an agreement gets the opportunity to walk the walk.

"Working families must not suffer more than necessary because Democrat leaders think citizens' pain may help their political fortunes. Congress can, should, and must do more to help. The Senate will vote and the American people will be watching."