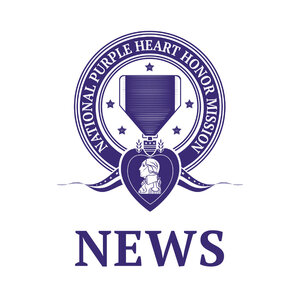 “We’ve worked for years to pass our bill supporting the National Purple Heart Hall of Honor, and today we’re one step closer to making it a reality. I thank Senator Schumer for his partnership on this bipartisan bill, and his assistance in passing the bill through the Senate with broad support,” said Rep. Sean Patrick Maloney. “This bill honors our Purple Heart veterans, bolsters the important work of the Hall and the National Purple Heart Honor Mission, and brings business to the West Point Mint right here in the Hudson Valley. We look forward to working with the White House to get this bill signed into law.”

The Senate’s companion legislation of the National Purple Heart Hall of Honor Commemorative Coin Act was led by Minority Leader Chuck Schumer. The bill was co-led in the House by Rep. Mark Takano (D-CA), Chairman of the House Veterans’ Affairs Committee and Rep. Mike Gallagher (R-WI), a Marine Corps Veteran.

The Purple Heart is one of the oldest and most recognized American military medals, awarded to service members who were killed or wounded by enemy action. General George Washington named West Point the most important strategic position in America during the Revolutionary War which is when the military decoration first originated. The National Purple Heart Hall of Honor’s mission is to collect and preserve the stories of Purple Heart recipients from all branches of service and across generations to serve as a living memorial to their sacrifice.