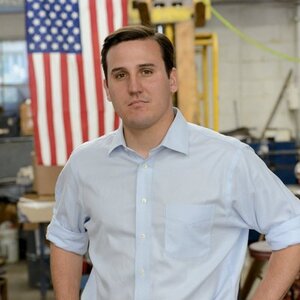 Assemblyman Kevin Byrne (R,C,I,SAM,ROS-Mahopac) introduced legislation on Friday, April 2 which would prohibit statewide elected officers and certain appointed officers from writing and selling a book during their term in public office. The legislative proposal comes after numerous concerns have been raised regarding Gov. Cuomo receiving a $4 million book deal about his handling of the COVID-19 pandemic.

The book in question, American Crisis: Leadership Lessons from the COVID-19 Pandemic, was released in October 2020 while the pandemic continued to negatively impact the lives of millions of New Yorkers. As of March 2021, publication of the piece has been halted.

“The growing scrutiny surrounding Gov. Cuomo’s book deal and how it was developed only further exposed how obsolete and ineffective some of our state’s policies are,” said Byrne. “Gov. Cuomo’s decision to write and sell a book about the pandemic, which is still ongoing and has had a devastating impact on our state and nation, has rightfully received a large amount of criticism. An article from the Democrat & Chronicle in October of 2020 consequently exposed a potential flaw in the state’s ethics laws concerning potential conflicts of interest from writing and selling a book while still in office. The story prompted me to do more research on the matter, soliciting feedback from other subject experts, and reviewing other examples in history where book sales from senior elected officials, such as former U.S. House Speaker James Wright, have been subject to allegations and charges of corruption.”

After soliciting additional feedback from the public in an unscientific poll on social media, Byrne found that 94.9 percent of the 1,917 votes cast favored a prohibition on full-time elected officials from writing and selling a book during their time in elected office.

“The list of compelling reasons supporting the need for this legislation has only grown with time as the New York Times, Buffalo News and other media outlets have since reported additional details regarding the involvement of state salaried government employees in writing, editing and promoting the governor’s book,” said Byrne. “Most recently, it was also announced that the Citizens for Responsibility and Ethics in Washington (CREW), a public sector watchdog group, filed a formal complaint with the New York State Board of Elections against Gov. Cuomo for violating the law.

“As a matter of public policy, we should strengthen our ethics laws and prevent statewide officials from engaging in book deals during their term of public office. In no way would this proposal infringe on anyone’s First Amendment rights. Officials would remain welcome to write and provide their opinions for free. So long as they work for the taxpayers, it is my position this added restriction should be considered a condition of their employment with the state.”

Click here to view the full memorandum of the legislation.