Details
Published on Thursday, 14 October 2021 07:07
Written by town of Southeast Town Board 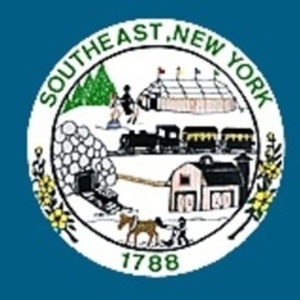 As you know. In recent years there has been a significant increase in traffic in certain areas of our town, including Cobb Road. There are many theories regarding what Is causing the Increase in traffic volume and intermittent traffic congestion on Cobb Road. There are also many theories regarding how these problems should be addressed. Coincidentally, a problem has been presented concerning the water levels on Peach Lake (causing flooding of many Lakeslde properties) and it has been suggested that one of the causes of this flooding could he associated with the Mang culvert which conies water from Peach Lake, down Peach Brook, under Cobb Road  via the 'Cobb Road Culvert`and continuing to the East Branch Reservoir. Whether the condition of the Cobb Road Culvert is a contributing factor to the Peach Lake water level is a matter of debate, but the fact that the culvert has deteriorated and is due for replacement, is without debate.

The cost of replacing the culvert on Cobb Road and restoring the road is significant. The cost of removing the culvert and "dead-heading" Cobb Road in the middle (without restoration of the roadway) was estimated to be remarkably less expensive. It seemed logical at the time to consider the later course of action because It would address the culvert issue at a leaner expense to this Town and, at the same time, address.. seemingly incessant traffic problem plaguing Cobb Road by discontinuing it as a 'through street". In hindsight, this suggestion may have been somewhat premature based on comments made during the Public Rearing on this issue.

In August, the Town Board, held a Public Hearing to seek public comment on these matters. At the initial hearing, many concerns and opinions were aired by residents of Cobb Road and the surrounding areas. Many cogent and diverse comments were made for and against the proposal of removing the culvert on Cobb. In addition, there was much testimony arguing that the removal of the culvert will do little or nothing to resolve the flooding ...ions on Peach Lake. Throughout the discourse, one thing became very apparent: more studies would have to be conduct. before. Town Board could make en Informed and rational decision on how to address these matters. Moreover, we were constantly reminded that ANY decision in this regard must first be supported by exhaustive environmental review as required by New York State Law.

While the Public Hearing head in August was informative, it was called for the purpose of getting the 'pulse' of the community and that did it. At the conclusion of the meeting, it was resolved to leave the meeting open and invite the public to submit additional comments in writing. This invitation was ...accepted, and the comments and recommendations continue to flow.

Initially, we had hoped to have a Second Public Hearing in October, however, such a hearing will be delayed indefinitely to allow the Town and its professional consultants an opportunity to review the record and dig more deeply into the pros and cons of how to properly address the competing concerns. Once the Town has received input horn the Town, engineering. planning, environmental and legal consultants, a second Public Hearing will be noticed which, at this time may not take place before years end.

We thank you for your continued (Merest and involvement and respectfully ask for your patience while we continue to address the Cobb Road traffic problems. We, as a Board, will do our best to keep you Informed on our progress In garnering as much data as possible before we move forward with any decision on how best address Cobb Road traffic and Peach Lake water levels.

We realize that there is no 'quick fix,' the problem but we premise that we will do our best to find the answers.

Your Southeast Town Board