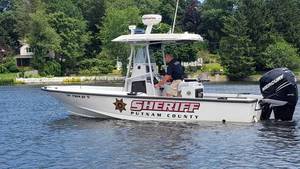 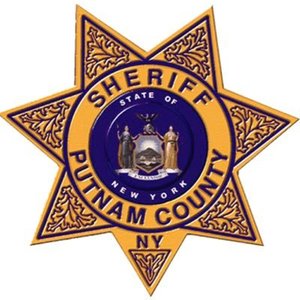 Upon first arriving on the scene not much information was available other than a male
went under the water and did not resurface. A Sheriff’s Deputy met up with members of
the Putnam Valley Volunteer Fire Department (PVVFD) who had responded to the scene.
The First Assistant Fire Chief pointed out to a Pontoon boat on the lake and indicated that
a man on the boat went under the water at approximately 3:30 p.m. and did not resurface.
Members from the Putnam County Sheriff’s Department Marine Unit arrived on the
lake and located the pontoon boat which had 3 male occupants. 43-year-old Thomas
Muscianisi, whose family had a summer home in Putnam Valley, was the owner of the
boat. The other occupants were 34-year-old Michael Toledo of Howard Beach, NY and
42-year-old Anthony Cotilletta of New Hyde Park NY. All men were visibly shaken and
upset.

An initial interview with the 3 males revealed that the missing person was 46-year-
old Brooklyn resident Sydney Joseph. All four men were friends and business partners and
were out on the lake for a day of fun. At some point Mr. Joseph had jumped into the water
with a square flotation device and without anyone noticing apparently went under the
water and did not resurface again. The friends immediately called for assistance.

The Mahopac Falls Volunteer Dive Team and Yorktown dive team were on the scene. The area of the lake was canvassed using sonar equipment with negative results. In addition, Investigators from the Putnam County Sheriff’s Department arrived to assist and begin an investigation. At approximately 7:30 PM the search for the man was called off to resume the next day.

On Sunday, June 28, 2020, the Mahopac Falls Dive Team continued their search
with the assistance of the Putnam County Sheriff’s Marine Unit. Also assisting that day
was the PVVFD, Westchester Aviation and the Ramapo Search and Rescue K-9 unit.

Due to difficult water conditions the search was called off after several hours with negative results.

The search continued Monday June 29, 2020 when, with the assistance of the Putnam County Sheriff’s Marine unit, the New York State Police Dive team located and recovered Mr. Joseph at approximately 11:18 a.m. Also assisting in the recovery of Mr. Joseph on Monday was the PVVFD and the Putnam Valley Ambulance Corp.

In addition to the numerous agencies and volunteers who so tirelessly worked and
assisted in this recovery effort we (PCSO) would like to thank Oscawana Marina for all their
assistance and all the residents of Putnam Valley who gave (First Responders) access to their property.